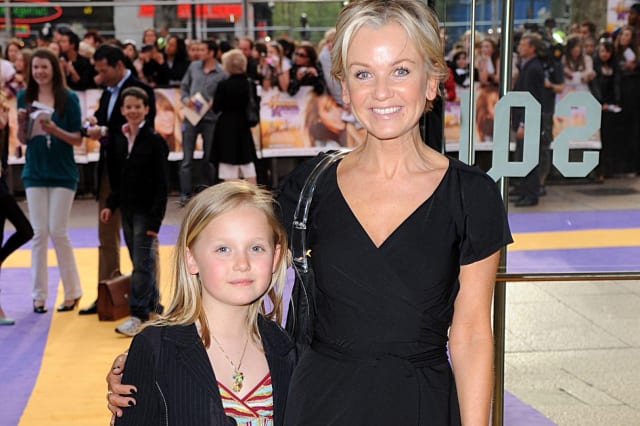 Beau Jessup, a schoolgirl from Edge in Gloucester, hasn't let the fact that she is 16 and still at school stand in the way of setting up a hugely successful online business - helping Chineseparentsname their babies.

Beau, who happens to be the daughter of actress and Loose Woman presenter Lisa Maxwell (and is pictured with her mum in 2009), spent some time in China. While she was there, she told the BBC that she was approached by friends of her parents, asking her what they should call their child.

The difficulty stems from the fact that in China it's becoming increasingly common for babies to be given two names. They are given a Chinese name, written in Chinese characters and used on all government documents. However, in the past couple of decades it has become common for them to also be given an English name - that can be printed in English - which they may use for business, studies, and emails in the West.

The way this practice developed means that people have been choosing these names themselves at school, or are given them by an English teacher. Cheltenham Ladies College pupil Beau told the Daily Mail that this meant people were choosing names like Gandalf or Cinderella - partly because their access to western culture - including the internet - is so restricted by the government.

Her solution was a website, Specialname.cn, to help parents choose more appropriate English names from the start. The site asks parents to pick five out of 12 personality traits that closely match their aspirations for their child.

It then selects 3 possible names to choose from - along with the meaning of each name and a handful of famous examples. The site then lets users share the name with friends and family through We-Chat, so they can help them with a final choice. Once they've settled on a name, they are sent a certificate.

The process costs 60p, and has been so popular that it has made more than £48,000 for the British teen so far. She now gets around 27,000 visitors to the site each month, and given that more than 17 million babies are born in China every year, this could be just the beginning.

Beau told the Daily Mail that she plans to use the money she has made so far to pay her university fees, and added that putting the site together was "really good practice for my mandarin GCSE."
Tags
Read Full Story