DIY divorce? Your ex could come back for more 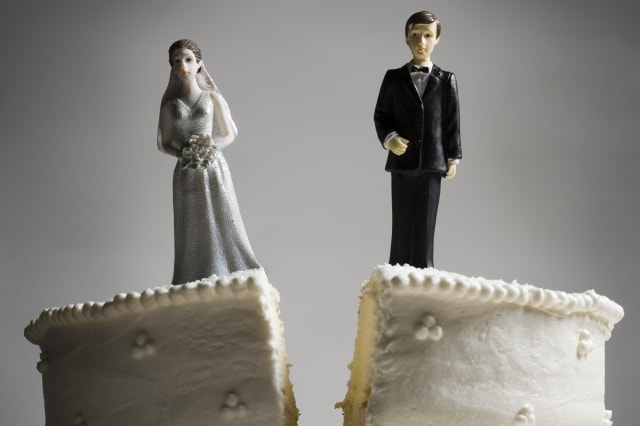 DIY divorces seem like a handy way to save money when you've split up, and are trying to run twice as many households on the same money. The idea of saving thousands of pounds in legal bills has tempted thousands of people to opt for lawyer-free divorce. But one legal expert warns that as a result, she is seeing a surge of spouses coming back for more.

Victoria Walker, a family lawyer from Simpson Millar, says she's not surprised the £50 no-frills divorces have proven popular. Not only are they very cheap, but some couples feel that by keeping lawyers out of the arrangement, they can keep the divorce relatively amicable.

Unfortunately she warns: "With no legal expertise to hand, thousands of couples made the fatal error of assuming that all ties were cut once the divorce was finalised. That's sadly not the case and the ghosts of marriage past are now coming back to haunt them in rather costly and unpleasant dramas."

She says that this summer she has seen a growing number of cases where a couple went through an online divorce, without any financial agreements, or signing a consent order. In the years following the divorce one of the couple then went on to make a significant amount of money, and as a result, they have been contacted by their ex, who wants a large chunk of it.

From her experience, she says there will be thousands of people who are at risk from this kind of claim - and completely unaware of it.

Walker explains: "Former couples who haven't signed an agreement regarding their finances during the divorce risk having to share any wealth and fortunes accrued since then. We have seen examples of former spouses coming back to claim half of the other person's recent lottery win, inheritance or business success. Legally, they are entitled to do that if the couple didn't make formal financial arrangements at the time of the divorce – a rather unpleasant surprise for some."

She says: "Anyone who completed their own divorce should ask themselves if they are confident they addressed the question of financial arrangements. If the answer is no or maybe, they should seek urgent legal advice of someone who can review their situation and advise whether further steps are needed to truly sever all ties."

This isn't the only way in which a DIY divorcee can come a-cropper. There's also the risk that they don't complete the process properly. One of the most high profile examples was Andrew McLeod-Bailie, a 52-year-old father who divorced his wife Susan in 2011, but failed to obtain the Decree Absolute. After he remarried, his wife alerted the authorities, and he had to go to court to plead guilty to bigamy.

There's also a real risk that people fail to understand the value of the joint assets they are splitting when they get divorced. So, for example, as many as 85% of women forget to take pensions into account in the event of divorce. When they are older and have been saving for decades, this is often a substantial asset. In the case of a final salary pension it could be worth hundreds of thousands of pounds. There's a risk they could fail to ask for a share of something that's more valuable than the family home.

The experts stress that there's nothing to stop you filing for a DIY divorce. However, before you do so, it's essential to take advice, and check whether your case is suitable for one.