This shocking wreck was caused by one driver's idiotic move 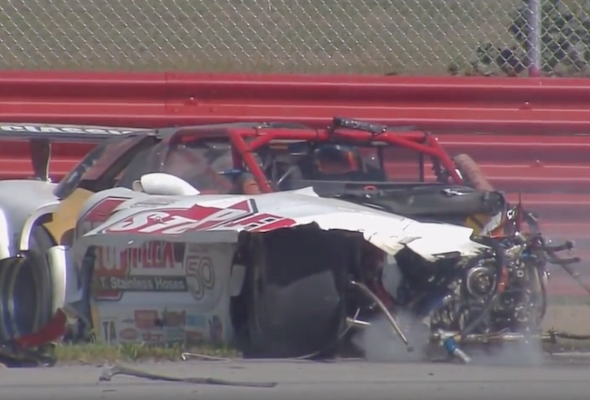 Dramatic footage has just been uploaded of the moment an American racing driver caused a huge crash after making an idiotic move.

The incident happened in the Trans Am First Energy 100 championship at the Mid-Ohio Sports Car Course on August 13, but footage has only just been posted online.
The crash was caused by American racer Paul Fix, who was re-entering the track after spinning out. He decided to drive back on to the track as soon as possible, which turned out to be a rather reckless decision to take, to put it mildly.

Fix's spin had occurred shortly after an unsighted corner, which meant not only could he not see what was coming, other racers couldn't take action to avoid him until the last moment.

Unfortunately, Todd Peterson, a fellow competitor in a yellow Chevrolet Camaro, came around the corner to see Fix pulling across the track and collided with him at high speed. The on-board footage shows how little time he had to react.