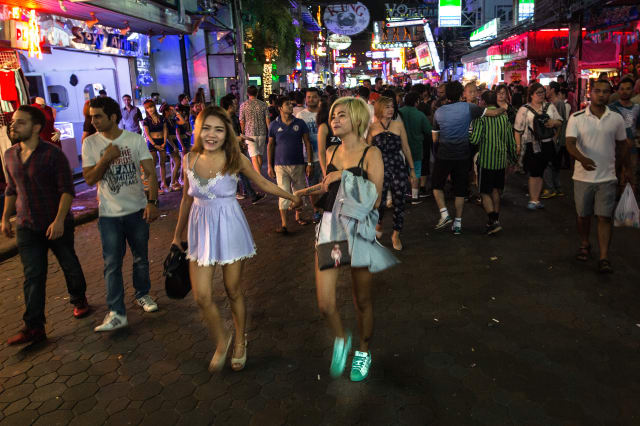 A couple unwittingly slept in a hotel room with a dead body under their mattress in Pattaya, Thailand.

The body of a transgender woman was found hidden under the mattress by a maid after the couple checked out of the hotel in the Chon Buri's Bang Lamung district around 11.30am on Saturday.

Police said that the victim has been identified as 28-year-old Amphon Kongsong.

According to the Bangkok Post, Amphon checked into the room on behalf of two teens on 16 August. On Thursday 18 August, an argument ensued and one of the teens strangled her before hiding her body under the mattress in the bed frame.

On the Friday evening, a couple check into the room and asked for it to be sprayed after reporting a bad smell. They then spent the night there.

On Saturday morning, a hotel maid cleaned the room and alerted the hotel manager after noticing blood coming from under the bed and a strong smell.

The BBC reports that the two teens, aged 17 and 14, have been arrested in connection with her murder.

The 17-year-old boy reportedly knew Amphon through Facebook and thought she could help him find a job in Pattaya.

It is thought he killed Amphon with the help of his 14-year-old friend after fighting broke out over sex in the hotel room.

The BBC adds that the teens will be charged with murder and concealing the body, and will be tried in a juvenile court.

How We’re Mourning Without Attending Funerals In The Coronavirus Lockdown