Ronaldo shows off in his new Bugatti Veyron 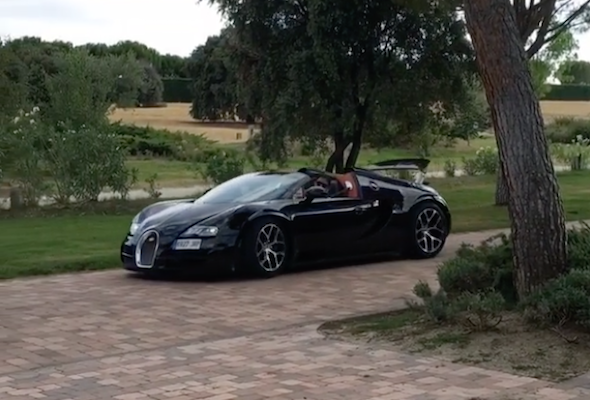 Cristiano Ronaldo has uploaded video of himself driving his Bugatti Veyron.

The Real Madrid and Portugal football star bought the luxury supercar last month, but this is the first time he's been seen behind the wheel.
Four weeks ago, Ronaldo uploaded a picture to Instagram showing his new car on display in a Bugatti dealership with the caption "Garage time. Soon your honor arrive'.

The car was likely a present to himself after he contributed to his country's Euro 2016 success. The striker played in every game of the tournament but suffered a knee injury in the final that forced him to leave the field in tears.

The Veyron entered production in 2005 and cost £1.7 million when new. It has an 8.0-litre quad-turbocharged W16 engine making in excess of 1000bhp. There are 10 radiators in the car to keep things cool and it has Veyron-specific tyres designed to withstand its 250mph-plus top speed.
Tags
Read Full Story Click here to comment