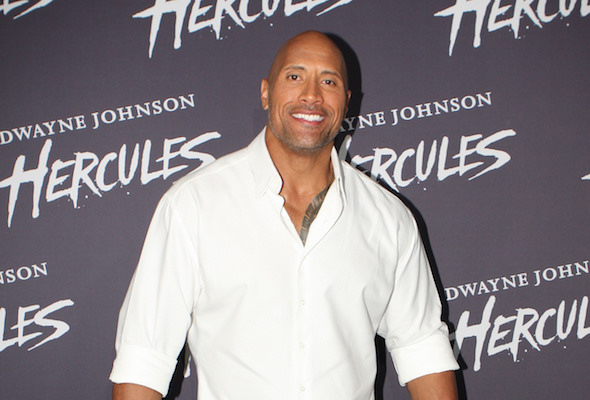 Dwayne Johnson, the actor also known by his wrestling alter ego 'The Rock', has hit out at his male co-stars in the latest Fast and Furious movie.

Taking to Instagram, Johnson commented on the fact it was the last week of shooting for Fast 8, praising the 'incredible hard working' crew and saying he loves his female co-stars .
Johnson wasn't so complimentary about his male colleagues, though. He said: "Some conduct themselves as stand up men and true professionals, while others don't. The ones that don't are too chicken s*** to do anything about it anyway. Candy asses.

"When you watch this movie next April and it seems like I'm not acting in some of these scenes and my blood is legit boiling - you're right."

He goes on to say that in some ways it's a good thing as it fits his character in the film quite well. Johnson plays Luke Hobbs, a Diplomatic Security Service agent who has a complicated relationship with Dominic Toretto, played by Vin Diesel.

It's the latter that sources claim The Rock is referring to in his post. Hollywood gossip site TMZ says that the comments were targeted at Vin Diesel, with the pair having a secret meeting to clear the air on Tuesday.

Both Johnson and Vin Diesel are producers on the big-budget film, with sources claiming that creative differences have seen the pair butting heads.
Tags
Read Full Story Click here to comment