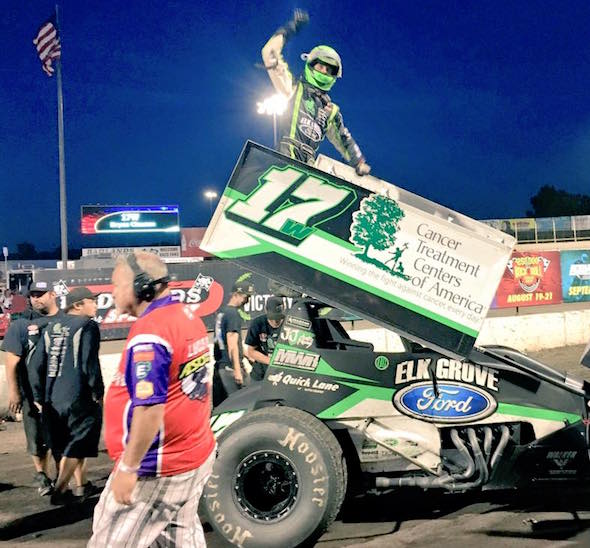 A young IndyCar driver has tragically lost his life following an accident during the Belleville Nationals midget race in Belleville, Kansas on Saturday.

Bryan Clauson was reportedly leading the race and was about to overtake a driver at the back of the pack when the two cars touched. Clauson's car flipped multiple times, before landing on the banked track and sliding down it.
His car was then T-boned by driver Ryan Greth, who was unable to avoid the wreckage.

Clauson was flown to Bryan Medical Center West in Lincoln, Nebraska, where despite the efforts of medics to save him, he passed away as a result of his extensive injuries.

The young driver had a promising racing career ahead of him, holding multiple championships in sprint car and midget racing. Only this May he had claimed his best Indianapolis finish, before going on to win a 30-lap sprint car race at Kokomo Speedway later that night.

He had also raced in Arca, the Nascar Xfinity and Indy Lights Series.

He leaves behind his parents, sister and fiancée, who posted an emotional message from the Bryan Clauson Racing Facebook page yesterday. "Last night, the 7th of August, we said goodbye to our son, my fiancé, our friend, Bryan Clauson," she wrote. "He was surrounded by family and friends and we were grateful that we could experience his final moments with him.

"Our Bryan fought to the end with the same desire that he demonstrated behind the wheel of all the various race cars he would park in victory lane. However, we were more proud of our Bryan that took a moment to make a young fans day, or demonstrated his uncommon kindness and appreciation toward his friends, family and fans.

"We would like to thank everybody who has shown their concern toward us and kept us in their prayers. We will never be able to truly thank you. We would also like to thank the staff at Bryan Medical Center who stood and fought with our Bryan since he arrived here early yesterday morning."
Tags
Read Full Story Click here to comment