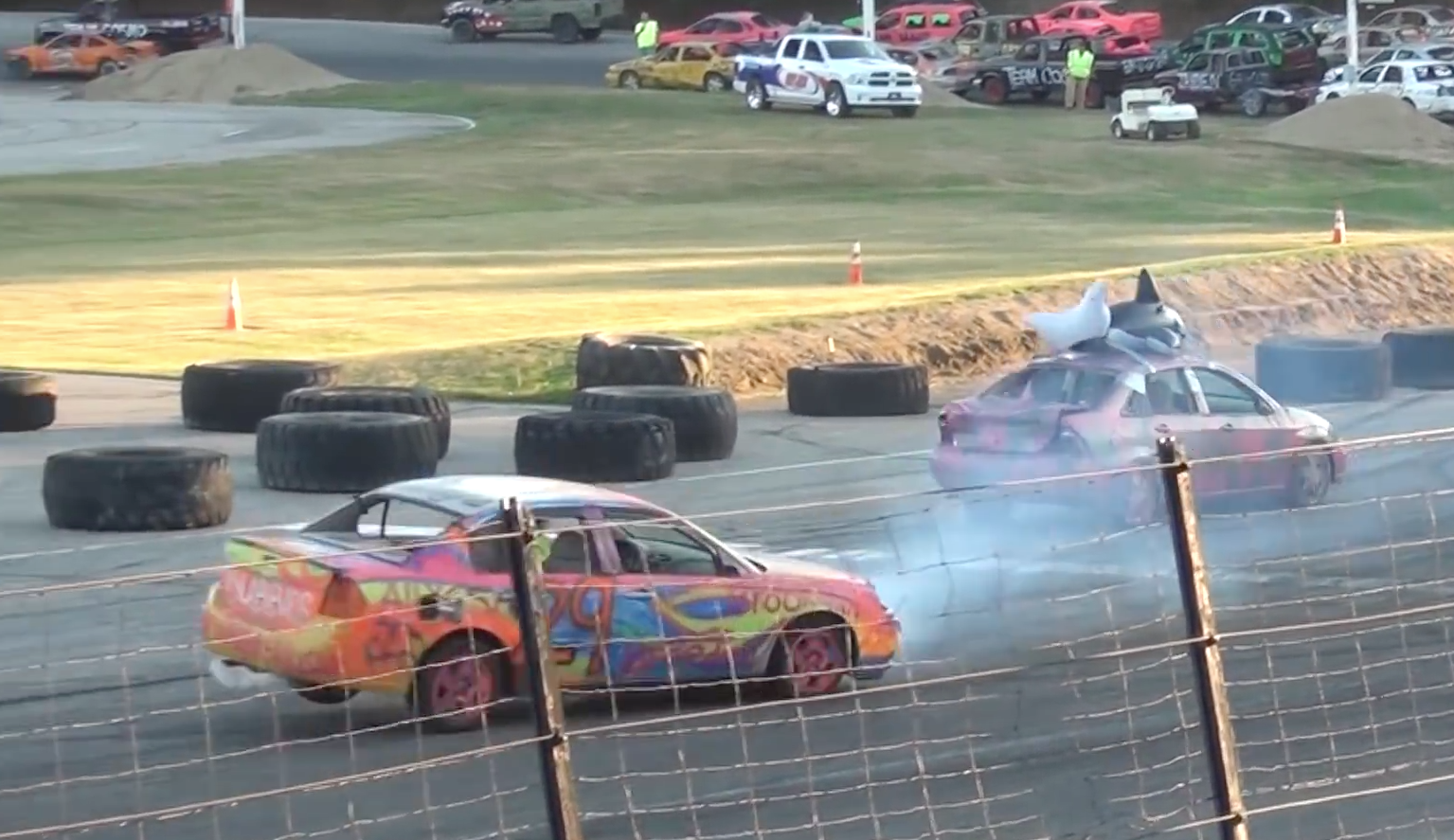 Drag racing is usually all about power, precision and getting to the end of the race in the quickest time.

However, this new version of drag racing from Maine, USA, throws the precision element out of the window and creates absolute carnage for the crowd to enjoy.
Backwards drag racing has now emerged in this video posted by Carbon Video on YouTube, and at Beech Ridge Motor Speedway's 'Day of Destruction', competitors showed off this mad new motorsport.

Using second-hand cars, the racers tried to get around the home straight as quickly as possible in reverse, and this led to some great action.

Some of the drivers crashed into each other while others sped away to escape the carnage, in what was some great action.

Throughout the elimination rounds, the competitors slowly got cut down, until the last five racers took part in the final with the grey Ford F150 winning the three-race final and $500 prize pot.