Sports Direct 'did not treat workers like humans', say MPs 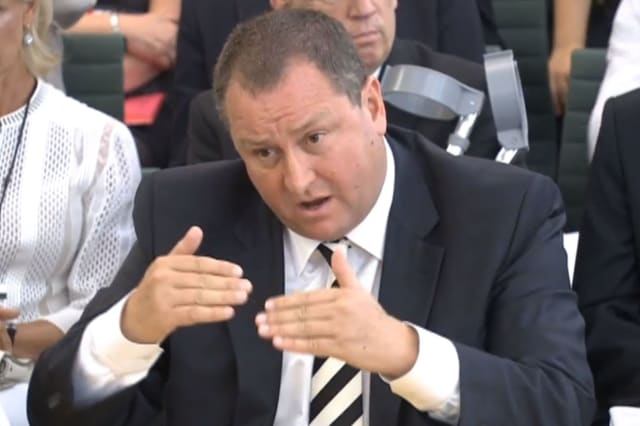 The working practices had been highlighted by Channel 4 in April last year, the BBC in October, and The Guardian in December. They related largely to staff working at Sports Direct's warehouse in Shirebrook. They are not directly employed by Sports Direct, but by two agencies, The Best Connection and Transline Group.

The report, by the Business, Innovation and Skills committee, is damning of working practices operated by the agencies staffing the business. Union officials told MPs that in one case a member of staff had given birth in a toilet at a warehouse, because she was worried that if she phoned in sick she would have lost her job,

Committee Chairman, Ian Wright, said the working practices "are closer to that of a Victorian workhouse than that of a modern, reputable High Street retailer". Mike Ashley, Sports Direct's founder, appeared in front of the committee and answered questions. The committee noted in the report that he seemed shocked at some of the testimonies of workers read to him, and unaware of what had been going on.

Shocking things outlined by the report included the fact that workers are only guaranteed 336 hours work a year. Once they have done these hours, they are effectively on zero hours contracts. During this time, the agencies do not have to offer them any work, but they must accept everything offered to them - unless they have good reason - or they may be dismissed for gross misconduct.

One of the harshest conditions operated by the agencies was the 'six strikes and you're out' rule, where a strike could be received for being off sick or taking too long in the toilet. The MPs said this "gives the management unreasonable and excessive powers to discipline or dismiss at will".

There were also questions regarding how staff were paid if they did not have a bank account. Transline workers were offered a pre-paid debit card, onto which their wages would be paid. They were charged for this card - including a £10 one-off fee, a monthly management fee of £10, 75p for cash withdrawals, 10p for texts to the cardholder of any transactions and £1.50 for a paper statement.

MPs also highlighted the practice of deducting 15 minutes of pay for clocking in one minute late on arrival, or on return from a break. This has been changed. Now, the system rounds up in segments of five minutes, for example, if a person is four minutes late, they will lose five minutes of pay.

There were also health and safety questions raised, after a Freedom of Information request by the BBC uncovered that between January 2013 and December 2014, 76 ambulances or paramedic cars had been sent to the postcode of the distribution centre.

Since December, Ashley has been reviewing working practices, including the 'six strikes and you're out' policy; and he has set out some of the steps the company is taking in order to stop the worst practices continuing. He also invited the committee to visit the warehouse to see the improvements for themselves.

The Sports Direct statement said: "We are pleased to see the committee has recognised Mike Ashley's commitment to engage in addressing any shortcomings in the working practices at Sports Direct."

The review process is ongoing, and MPs said in their report: "We will be holding Mr Ashley's feet to the fire, so as to see what progress he has made on improving working conditions for workers at his premises."