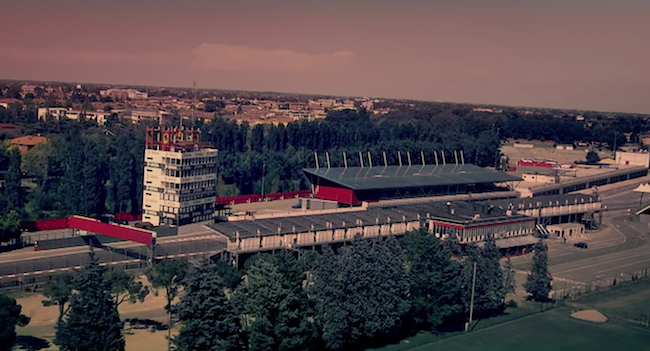 The fight to host the Italian Grand Prix has taken another turn after the owners of the Imola circuit have launched a lawsuit against the Italian Automobile Club.

Formula Imola has started legal proceedings against the ACI as they claim the organisers of the Italian Grand Prix didn't want to approve the circuit's bid or offer the same monetary support as they do for the current hosts, Monza.
According to Motorsport.com, the Autodromo Internazionale Enzo e Dino Ferrari has a deal in place to host the 2017 Italian Grand Prix with Formula One's head honcho Bernie Ecclestone, however the 85-year-old has said that the circuit would need the backing of the ACI before this could go ahead.

In a statement released by Formula Imola, the circuit's organisers said: "Formula Imola has already expressed its interest with the FOM (Formula One Media) and FOWC (Formula One World Championship Ltd) to organise the next five Italian Grand Prix, as in accordance with a contract signed by Bernie Ecclestone.

"Formula Imola, in her own right, and solicited by FOM, attended free negotiations which led to Formula Imola taking on the contractual commitment.

"Moreover, the same proposal, sent by FOM and FOWC to SIAS for the Autodromo di Monza, was not accepted."

Originally the Imola circuit hosted the San Marino Grand Prix from 1981 up until 2006, however the circuit is most known for the deaths of Roland Ratzenberger and Ayrton Senna during the 1994 Grand Prix weekend.

Monza has hosted 85 Italian Grand Prix since 1921, and has been on the Formula One calendar for all but one year since the championship's inception in 1950.