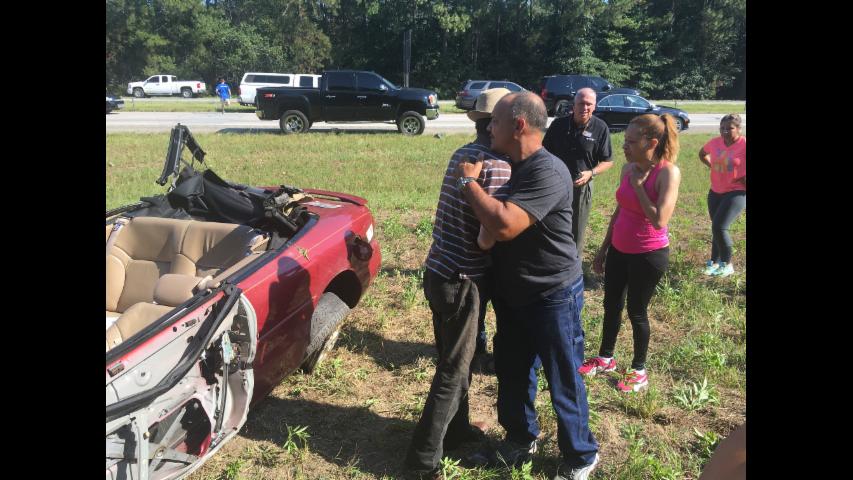 Good Samaritans banded together to rescue a motorist from his overturned convertible, which had flipped several times following a crash.

The group of strangers witnessed the crash on Tuesday on Interstate 20 in Lexington County, South Carolina and rushed to the spot to find the Chrysler Sebring upside down and motorist Jonathan Janzen trapped underneath.
Bert Sorin, who captured the footage of the rescue, was one of the volunteers, and used his car to try to right the vehicle.

After the car didn't budge, more volunteers joined in and the car was righted manually.

Sorin commented on social media: "Eventually, it took over a dozen of us (people from all walks of life) to flip the car back over.

"In today's racially, economically, and #livesmatter-charged climate, this demonstrates clearly that we are all the same and it takes all of us working together to be successful."

According to reports, Janzen walked away from the crash with just a small chemical burn on his arm.
Tags
Read Full Story Click here to comment