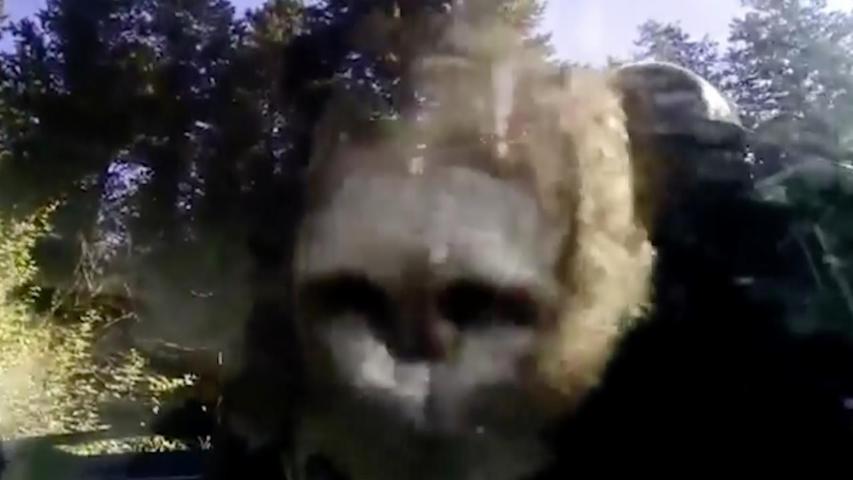 Deputies in Colorado were given quite the fright recently, after being given the task of freeing a bear that had somehow managed to lock itself inside a car.

Josh Tilman and Brian McLaughlin, from Jefferson County Sheriff's Office, were called to the scene after the car's owner, Annie Bruecker notified them of the disturbance.
The deputies wrote in a Facebook news release: "No windows were broken. The door handles weren't the kind you lift up.

"And yet somehow this medium-sized bear managed to open a door, crawl inside and close the door behind him."

Bruecker told FOX31 Denver: "He's [the bear] tossing stuff in the back basically and then you can see the ceilings of my car just ripped and I was like, I'm not going to work today."

Thankfully, officers were able to open the boot of the car and free the bear. This proved difficult for some time as the animal had clawed the locks on the inside of the car.

The bear was then caught on camera running safely into woods nearby.
Tags
Read Full Story