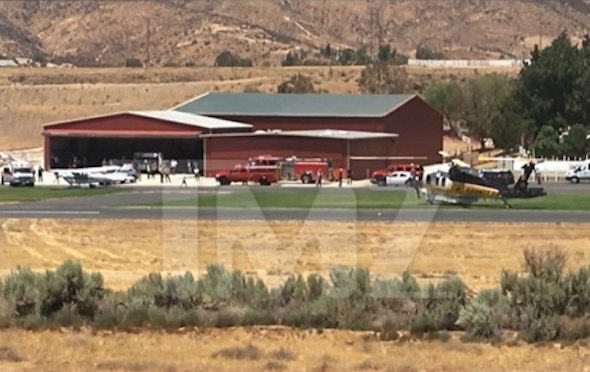 A stuntman who was acting in a new US TV show was seriously injured last Wednesday after being accidentally struck by a car driven by actor Tom Sizemore.

The incident reportedly occurred during the filming of a 'sniper scene' for the new TV drama Shooter.
American celebrity gossip site TMZ reported that Sizemore was supposed to jump into an unspecified Cadillac SUV and remain there until the scene ended, however he put the vehicle in reverse and hit the accelerator.

The unidentified stuntman was stood behind the heavy vehicle as it reversed, and was knocked down and run over, becoming trapped under the heavy Cadillac SUV. Despite the efforts of eight men to lift the vehicle, the stuntman could not be freed until a jack was brought onto set.

Emergency services were called to the scene at the Agua Dulce Airport, near Los Angeles, and airlifted the stuntman to a nearby hospital.

A first responder is reported to have said on Thursday that the stuntman "is in real bad shape." His current condition is unknown.

This is not the first incident in recent months in which a stunt performer has been hurt on set.

The 32-year-old was riding a motorcycle at high speed in a straight line when she crashed into a metal camera arm.

She was put into an induced coma with head injuries and a punctured lung, before having to have her left arm amputated in December.
Tags
Read Full Story