Toyota recalls over 3 million vehicles over airbags and emissions 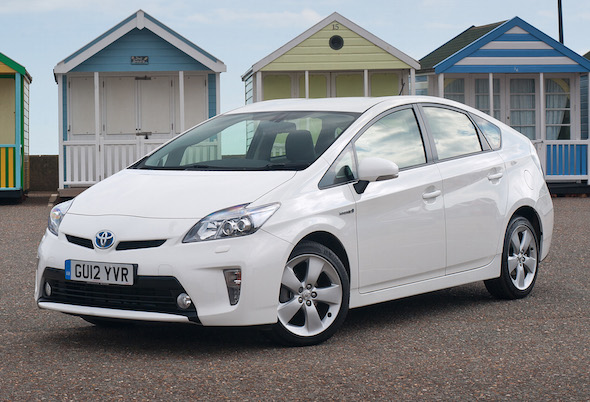 Toyota has expanded a recent recall notice to 3.37 million cars, after problems were found with emissions control systems. An earlier recall of 1.43 million cars was issued due to faulty welds on airbag inflators.

The Japanese manufacturer said a further 2.87 million cars must be recalled due to the emissions unit. About 930,000 cars were at risk of suffering both issues, so the overlap in figures resulted in a total recall of 3.37 million vehicles.
​​​​​​​Cars built by Lexus, Toyota's luxury arm, are also said to be affected by the notice.

The latest problem has been found to occur in models produced from 2006 to 2015, and includes the Prius, Auris and Corolla. Tests found the evaporative fuel emissions control units were prone to cracking, which could lead to fuel leaks.

Earlier this week, Toyota revealed that a separate issue relating to airbag inflators required vehicles be recalled. Autoliv, a Sweden-based company, confirmed that the recall related to items it had manufactured. Around 90% of affected airbags are found in Prius cars.

The problem has been narrowed down to substandard welds on inflators made by a subcontractor.

Autoliv said it had been made aware of seven occasions where a side curtain airbag had partially inflated in a parked Toyota Prius. The issue seems to be caused by high temperatures, as each of these cases occurred in hot weather.

This is the second major recall notice for airbags in recent memory. Fourteen car makers have recalled more than 60 million cars fitted with Takata airbags, after damage caused during deployment was linked to 14 deaths.

Toyota has confirmed that no injuries have been reported as a result of either issue associated with its recall notice.
Tags
Read Full Story Click here to comment