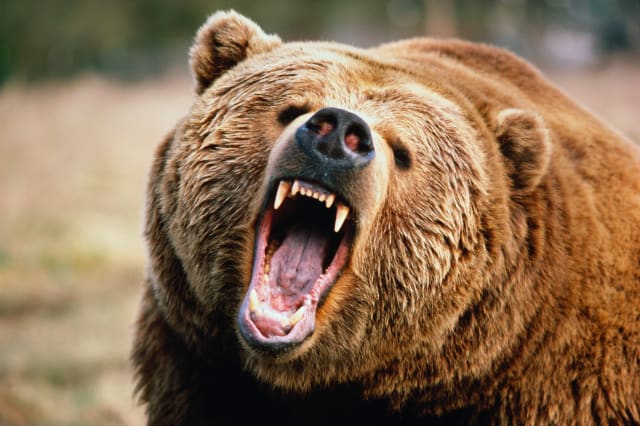 A mountain biker who worked for the US Forest Service has been killed by a grizzly bear near a Montana national park.

Flathead County sheriff Chuck Curry said Brad Treat, 38, was cycling with another person on a trail in the Halfmoon Lakes area of the Flathead National Forest, just outside Glacier National Park. They surprised the bear, which knocked Treat off his bike.

The second rider left to get help and wasn't injured. The area has been closed off and officers are hunting for the bear.

"Brad was an integral member of our area law enforcement team and a friend to us all," Sheriff Curry said.

As well as the grizzlies in the Glacier area, there are at least 700 more living in and around Yellowstone National Park - that's about 360 miles south of Glacier.

Six people have been fatally mauled by bears in the Northern Rockies since 2010, but that's mainly in the Yellowstone area.

The last bear-related human death in Glacier was actually in 1998, when three bears killed and partially ate a park vendor employee while he was hiking.