US company to launch flying car within 12 years 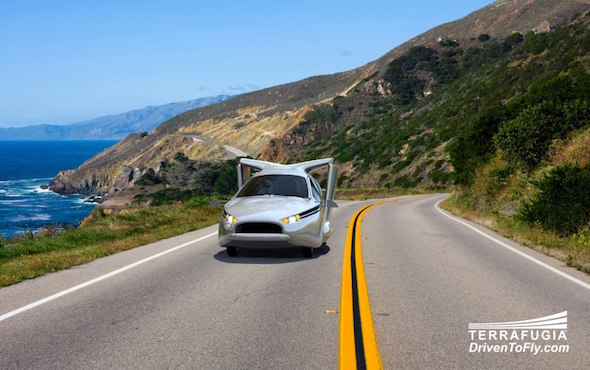 An American company hoping to make flying cars a reality is one step closer after the Federal Aviation Administration (FAA) waivered weight and stall-speed limits in order to certify its flying car as a light sport aircraft.

Named TF-X, the road-legal aeroplane is currently under development by Terrafugia, which was founded in 2006 by a team of MIT graduates.
The Massachusetts-based company applied for the waiver in 2014 and after almost two years of deliberation, a 1,800-lb. gross weight and 54-kt. stall speed was approved on the basis that the automotive occupant-protection features – the reason for its increased weight –would increase safety over that in a normal light sport aircraft.

Following the passing of the waiver, a full-size, unmanned prototype is expected to be finished by 2018, with production beginning in an estimated 8 – 12 years.


When it goes on sale, the 4-seater flying car will have a range of up to 500 miles and cruise at top speeds of up to 200mph. Perhaps most impressively, it will only cost the same as a high-end luxury car.

It will be able to fly thanks to fold out wings with twin electric motors attached to each end and owners won't even need a pilot's license to take to the skies due to its semi-automated flight capabilities.

She added: "With simplified flight controls, a familiar layout and automated vertical takeoff and landing technology, the TF-X will make personal aviation more accessible than ever before."