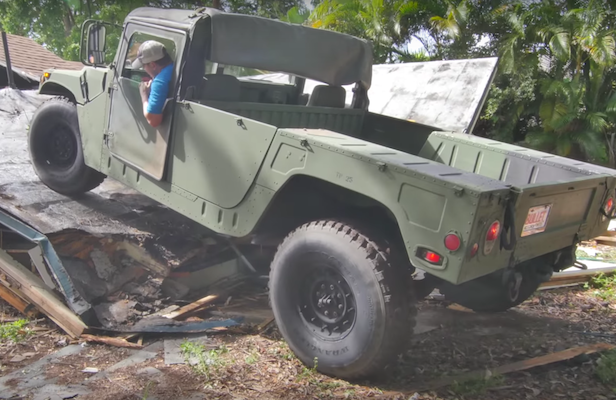 Nobody told Bullet Motorsports, though, which decided to rip a house apart using a fleet of Humvees.
The company buys the rugged 4x4 vehicles from the military when they go out of service and repurposes them for private use. They're even street legal.

In a bid to promote its conversions, the company turned up to a derelict house with a group of Humvees to pull it down. The group of friends and colleagues came equipped with heavy-duty chains, which were fitted to the bumpers of the 4x4s at one end and the houses at the other.

The Humvees were then driven forward, with the chains ripping through the buildings, sending them tumbling to the ground.