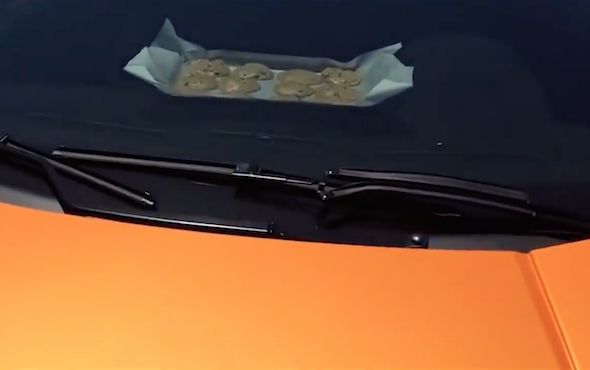 An Arizona man has taken advantage of the recent heatwave in America to try his hand at a spot of al fresco baking.

With temperatures reaching 41 degrees Celsius in the state, the man – who's identity has not been revealed – decided to cook some steaks on the pavement, and cookies on the dashboard of his car.
However, it wasn't just any car. The man just so happens to be the owner of a bright orange Lamborghini, and thanks to the insane temperatures, turned it into what is possibly world's most expensive oven.

The video was shared to YouTube by the channel WheninYourState with the caption: 'Cooking a steak on the street and baking cookies in an exotic car! This is what Arizona summers are all about.'

Since it was uploaded last Friday, the video has been viewed almost 170,000 times, with a number of commenters questioning the effectiveness of his culinary techniques.