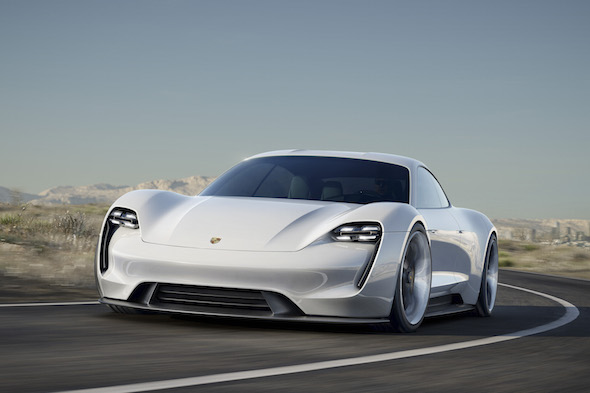 Porsche is well into the development process of its Mission E concept, and it appears that the German carmaker has its sights firmly set on the competition – Tesla's Model S.

A 600hp electric powertrain is to feature in the Mission E, a Porsche executive claimed, with a 300-mile range that puts it on a par with the P90D Model S. Its twin electric motors will be able to push it to 62mph from a standstill in just 3.5 seconds, thanks in part to technology derived from the marque's 919 hybrid race car.
Not content with releasing the impressive Tesla-rivalling specs, members of Porsche's team have spoken openly about the competition.

"It'll be something entirely different than any of its competitors, across the board," a product manager from Porsche commented.

"The thing about [Tesla's] Ludicrous mode is that it's a façade. Two launches saps the whole battery. That won't be the case with the Mission E. You'll be able to run it hard, over and over; the battery will not overheat, the power control module will not overheat, and the seats will not suck."

Porsche Mission E concept
Up Next


Another engineer added that the Mission E will be "something special," and that the team is working extremely hard to make sure that it's "a true Porsche through and through".

The Mission E concept was revealed at the 2015 Frankfurt Motor Show, boasting a futuristic control and display panel. The all-wheel-drive EV promises performance and efficiency in the recognisably Porsche façade. While details on its launch are yet to be released, it isn't expected to take place until at least 2019.