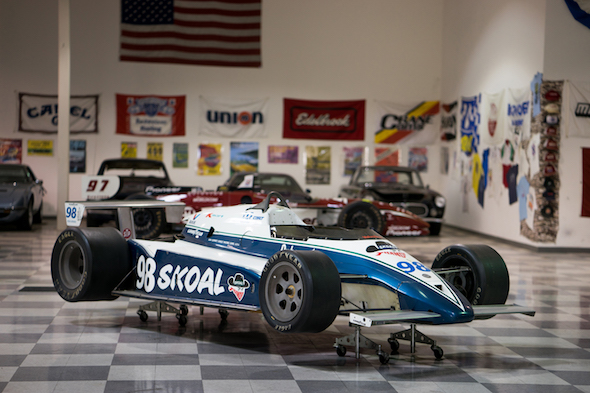 Photo credit: RM Sothebys
A section of a museum's range of classic cars is heading to auction, giving buyers the chance of owning some of the rarest cars on the planet.

Taken from the Riverside museum in Southern California following the death of its owner, Doug Magnon, the range of cars are set to go under the hammer at the Auctions America event in Santa Monica later on this month.
The museum has specialised in Maseratis, and boasts a huge collection of the Italian sports cars. It does, of course, also feature other rare and powerful cars from other famous marques including Ferrari and Jaguar.

The first part of the event will take place at the Barker Hangar, and this will play host to an Alfa Romeo 8C Competizione, Ford GT and a Jaguar XJ220.

However, some of the rarest cars have been saved for the later part of the event, which will take place during Pebble Beach week in Monterey.

Museum car collection heads to auction in California
Up Next


The King of Spain's 1971 Maserati Quattroporte will go under the gavel here, as will a 2005 Maserati MC12 and a 1969 Indianapolis racer. Hosted by RM Sotheby's, the event is sure to generate a considerable amount of interest owing to its amazing variety of classic and modern sports cars.

One of the most famous cars to head to auction will be Dan Gurney's Eagle Indy racer.

Renault seeking up to 5 billion euros in state-backed loans