Man is set on fire after petrol can in car explodes 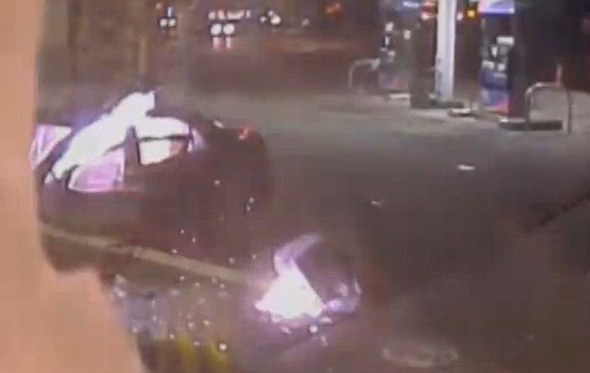 A man was left with third-degree burns after a petrol can on the back seat of his car exploded and set him on fire.

Captured on camera in Rochester, New York, the footage shows the man putting the petrol container into the back of his car outside a fuel station.
Moments later, the can explodes into flames – throwing the man backwards and igniting his clothes.

Reports say that the man was extinguish the flames by rolling on the ground immediately after the explosion.

The owner of the petrol station located nearby, Salen Nagi, reported that he thought the explosion could have been caused by the man smoking telling the news station: "Usually this problem occurs when someone enters the store with a cigarette and they don't want to put it out."

The man was taken to the nearby Strong Memorial Hospital after suffering third-degree burns over 30 per cent of his body.