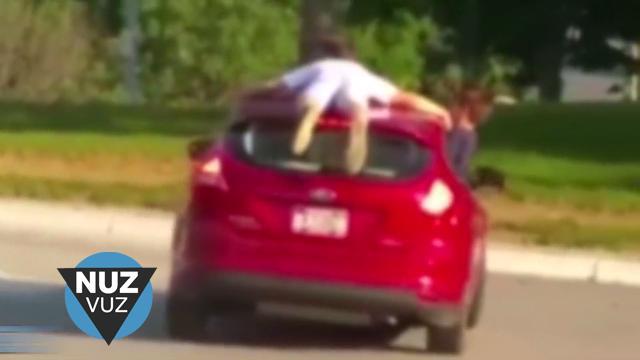 A group of thrill-seeking teenagers have been caught on camera 'car-surfing' along a residential road in America.

Filmed by a worried onlooker, the video shows one teen hanging on to the roof a Ford hatchback while it drives at some speed.
Shouting, the boy manages to keep hold of the car while it speeds up. Those inside the vehicle appear to be encouraging the driver to go faster.

A worried mother filmed the incident before posting it online. She said: "They were going to stop and the kid was going to fly forward, so I was scared. I said 'do you even know how unsafe this is?'"

Although filmed in America, the exact location of the event is unknown. The parents of the teens inside the car did issue a statement though, saying: "I would not have predicted my son would be this stupid, reckless and careless."
Tags
Read Full Story