Have you fallen for the next mis-selling scandal? 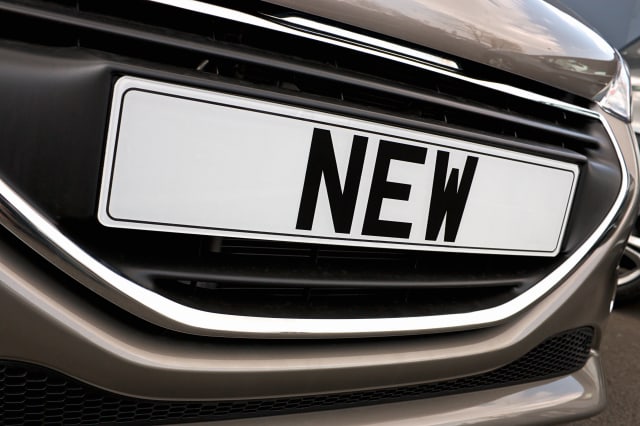 Lawyers who have been specialising in PPI claims have been hunting for the next big mis-selling scandal, and they reckon they may have found it: it's one of the most popular ways to buy a car.

Last year alone, one million people bought into this product: personal contract plans or PCPs. These are loans that usually have a lower monthly payment than hire purchase deals - and come with a 'balloon payment' at the end.

The issue, according to the National Association of Commercial Finance Brokers, isn't a fundamental problem with these kinds of loans, but a gulf between how they really work, and how dealers may have explained them.

What are these loans?

If you have taken finance from a car dealership, there's a strong chance you signed up either for hire purchase or a PCP.

Hire purchase requires a deposit, then monthly payments for a fixed period of time. During the fixed period you are essentially hiring the car, and once you have paid the final instalment, you own the car.

PCPs, meanwhile, are designed to have lower monthly payments than hire purchase plans. To achieve this, they split the cost of the car in two.

The first slice is the difference between the cost of the car at the start of the deal, and what it is likely to be worth at the end of the deal. Over the length of the loan, you will repay this sum - plus interest.

The second slice is roughly what the car is likely to be worth at the end of the deal. You will get an interest-only loan for this slice, so you will pay interest on it throughout the length of the loan - but the full amount will still be outstanding at the end. This makes up your 'balloon payment'.

At the end of the deal, the idea is that the amount still outstanding is roughly the same as the value of the car at that point, so you can repay this and keep the car, or choose not to pay it, and hand the car back.

The Association says that the first problem with the way these products were sometimes sold relates to interest. Although PCPs have lower monthly payments, those using a PCP will pay more in interest than those using HP. The monthly payments are only lower because they are repaying less of the original sum they borrowed. They say that not all brokers make this clear.

In addition, some brokers are misleading buyers about what happens at the end of the deal.

They tell buyers that if the lump sum due on the car is less than the market value of the car, they have made a 'profit' and have 'equity' that they can use as a downpayment on a new car. In the above example, if the car is worth £5,000 at the end of the deal and the outstanding loan is for £4,000, they tell the buyer that instead of paying off the final lump sum, they can return it to the dealer, who will balance the value of the car against the outstanding sum, and the driver can use their 'profit' of £1,000 as the deposit on their next car.

Graham Hill, board member and car finance expert at the NACFB, says: "If the PPI claims lawyers conclude there is enough basis to put forward a mis-selling case on PCPs then, given the huge volumes in which these products have been sold to both private individuals and businesses, the car finance industry could be shaken to its roots."

"While the PCP in itself can be an appropriate solution for many car owners, as it reduces the monthly payments quite significantly, the issue lies with the way these products have been sold. Were people made aware of the increased interest rate charges on PCPs relative to hire purchase agreements, and were they misled about the prospect of equity, either deliberately or out of dealer naivety?"

"In the majority of cases, I suspect ignorance and confusion among dealers is to blame. But this will not help them and the finance providers behind them if, in the months ahead, PCPs are judged to have been mis-sold. In the event that this happens, a significant number of consumers and business owners could be in for a sizeable cash windfall from the cars, motorcycles and vans they have purchased."

Adrian Dally, Head of Motor Finance at the Finance and Leasing Association is unconvinced there has been any problem with the way the products were sold. He says: "The sale of these products is closely regulated by the Financial Conduct Authority, and the motor finance industry funds the Specialist Automotive Finance initiative to train dealership staff on the range of car finance available in showrooms, and the regulations that govern their sale."

He adds: "It's understandable that PCPs and HPs are priced differently, after all they're different products. Customers choose one or the other to suit their individual circumstances, for instance whether they want to own the vehicle at the end of the agreement or whether they want the flexibility to defer that decision until later."

But what do you think? Have you used a deal like this, and do you feet like you had the full picture? Let us know in the comments.

The cheapest cars to insure