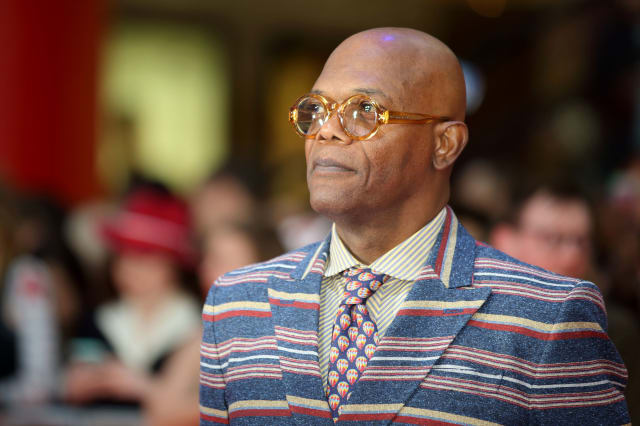 Samuel L Jackson is worried that efforts to improve diversity in the wake of the Oscars controversy could have unintended consequences.

An all-white list of acting nominees at the 2016 Oscars caused uproar and a widespread debate about the lack of diversity in the film industry.

But Samuel, 67, told Phillip Schofield and Holly Willoughby on ITV's This Morning: "I know there's going to be an interesting sort of backlash.

"So you create a whole other set of circumstances that aren't necessary, and hopefully those films and those people will be worthy."

The African-American actor also responded to comments from actress and film-maker Jodie Foster.

In an interview with Variety at the Cannes Film Festival in May, she said: "This is the most risk-averse time that I can remember in movie history ... You're going to go with the guy that looks like you."

But Samuel objected: "No, not necessarily risk-averse. People tend to do things that are successful, so everybody makes a superhero movie, everybody tries to find a great animated film that will capture kids' imaginations and get them into the theatres."

He added: "I think there are more films and specifically television shows that deal with real-life issues, there are transgender people and gay people all over television, there are specifically more Asian, Hispanic and black people on television and behind the scenes creating and doing things.

"Jodie has a voice about that, but I see a lot more things happening, and a lot more women heroes, and a lot more interesting couples on television in terms of mixed race, especially for America you got there for a very long time. I see the exact opposite."

The actor, who stars in The Legend Of Tarzan, also criticised Jodie for her latest movie, Money Monster, which she directed.

He said: "There's a lot of stuff going on that she's just not part of. She did a pretty straightahead kind of film with George Clooney - come on!

"She didn't, like, go out and find some racially diverse people to put in her movie."

Herman the pigeon and Lundy the chihuahua are friendship goals

This $367,000 machine that can sign things for you costs more than a house

Why Recycling Is So Complicated

Are CBD Health Benefits Too Good To Be True?