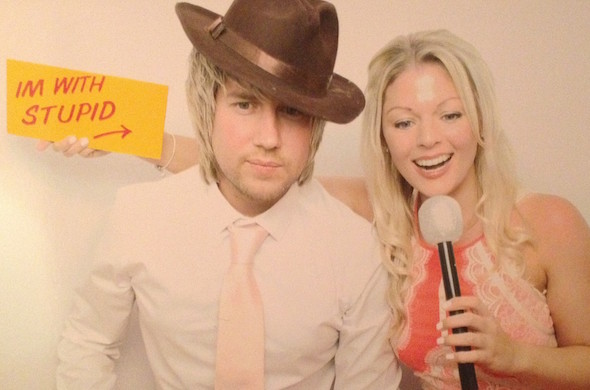 Photo credit: Telani May
A couple had a narrow escape after a turtle smashed their windscreen while they were on holiday in Orlando, Florida.

Jon Brewer and fiancé Telani May, from Southampton, were travelling to celebrate their engagement – which had happened just hours before – when a turtle was hit by a car travelling in front of their vehicle and was sent flying into their windscreen.
The reptile completely smashed the car's windscreen, and almost caused Brewer to lose control of the vehicle.

May told the Sun: "They say you never forget the day you got engaged – well I certainly won't.

"You couldn't make it up. It was such a rare and unusual thing to happen. Luckily we were both ok but it could have killed us. We felt so lucky to be alive.

"It happened so quickly. The turtle hit the car in front and then rebounded into the air.

"I assumed it was an alloy off of the road or something. At the end of the day we have each other and our health – that's all that matters."

The couple had been on American soil for just a day when the incident took place. Although the pair suffered no injuries, it is unclear at present whether or not the turtle survived.

The accident came just hours after Brewer had popped the question, following a go on a simulator ride in a nearby theme park. The couple had then gone shopping to celebrate, which is when the turtle hurtled into the car's windscreen.
Tags
Read Full Story