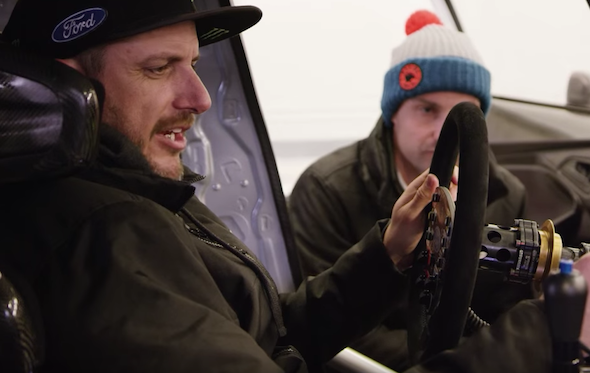 Ford Performance has released a video showing the moment Ken Block and world rallycross teammate Andreas Bakkerud met the new Ford Focus RS RX, a car they would later use to enter three out of four WRX event finals.

The footage shows the RS RX at initial testing level at Kirkbridge Airfield. Still very much under development, the car looks slightly unfinished as a series of test drivers take it for a spin on the tarmac.
Block then appears, and looks suitably impressed with the car. He tells the camera: "It's been such a long project in development [with] so many people involved and it's been really a cool experience to get to this point.

"So actually seeing the car in the flesh for the first time was amazing."

Evidently successful, the RS RX has gone on to prove its worth during the first part of this year's WRX season, with Block and Bakkerud behind the wheel.