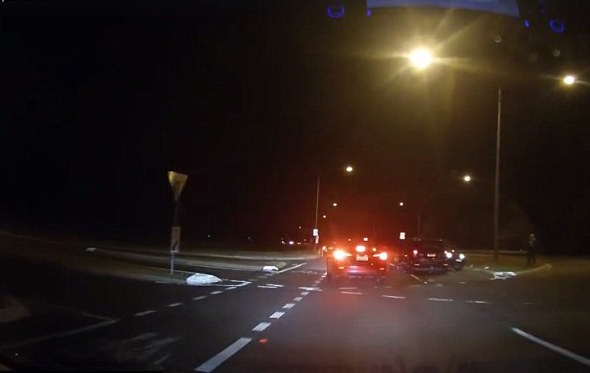 Photo/Video credit: Dashcam Owners Australia
A Good Samaritan had her car stolen moments after stopping to tend to victims of a head-on collision.

However, when the woman got out of the vehicle she failed to remove the car's keys from the ignition. Almost immediately, a man lurking nearby leapt into the running car before making a U-turn across two lanes of moving traffic and disappearing into the distance.

The woman gave chase for some time, before giving up after realising that there was no chance of catching the stolen vehicle.

Many viewers of the video were quick to ask why the woman left the car running with the keys still in the ignition, but the vast majority praised her for her actions.