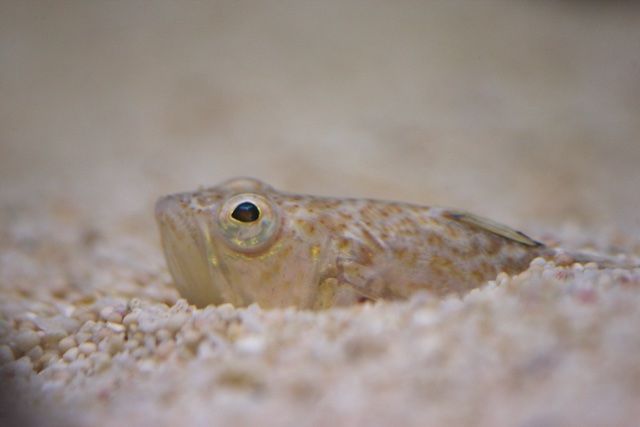 A man has been airlifted to hospital after being stung by a poisonous weever fish on a beach in Wales.

The 70-year-old man was stung by the poisonous spines of the weever fish and was left struggling for breath, reports the Metro.

The incident happened close to the pier in Trefor on the Llyn Peninsula in North Wales after the man is thought to have seen this fish in the shallows before picking it up.

According to the Independent and Wales Online, a coastguard spokesman said: "Weever fish have spines going along their backs. It's a small fish but it has a very nasty sting.

"The man picked it up and it stung his hand."

According to the Daily Mail, the spokesman added: "It's normally not a life-threatening sting but the man began having respiratory problems."

According to Wikipedia, most human stings are inflicted by the lesser weever, which habitually remains buried in sandy areas of shallow water and is more likely to come into contact with bathers than other species (such as the greater weever, which prefers deeper water);

Even very shallow water (sometimes little more than damp sand) may harbour lesser weevers. The vast majority of injuries occur to the foot and are the result of stepping on buried fish.

The only recorded death in the UK occurred in 1927, when a fisherman off Dungeness suffered multiple stings. The victim may have died of other medical causes exacerbated by the stings.

Jonathan Wickings died after being stung by an unknown sea creature off the coast of Majorca in 1998. This was reported as a possible weever sting, although he was not in contact with the sea bed and some witnesses reported seeing a snake in the water.