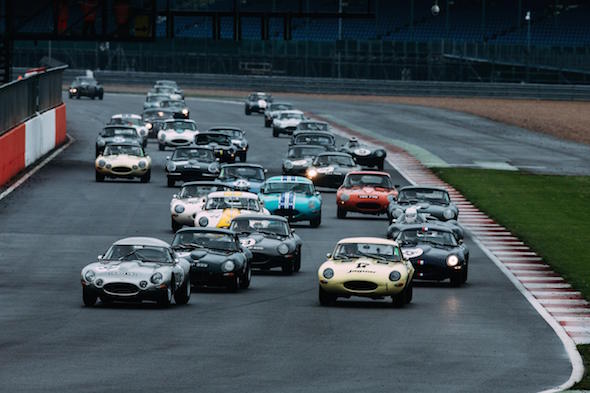 The racing team of Julian Thomas and Calum Lockie achieved their second race victory at the Jaguar Classic Challenge race at Silverstone recently, putting them in good stead for the next race a Le Mans on July 8-10.

At the most recent race, drivers had to deal with rain and wind, with the lead changing hands multiple times as pit stops and driver changes came.
However, throughout the race Thomas and Lockie maintained a podium-winning pace, leading ahead of Martin Stretton and John Pearson. The slippery conditions made handling the classic Jaguars difficult – with each and every corner tricky on both entry and exit.

On the final lap, Thomas had fallen back to third place, but managed to grab the lead from Pearson in a daring move, darting along the inside of the lead driver and using momentum to cross the line in front – finishing ahead by just 0.265 seconds.


Following the race, Thomas said: "It's absolutely fantastic to win here at Silverstone and it was a joy going wheel-to-wheel with my fellow competitors. Nobody gave an inch from the start and Calum [Lockie] and I had to fight hard especially as we were lying third with just three corners to go.

"It is easily one of the most exciting races I've been involved in."

The next round of the championship will take place at Le Mans, with one of the largest ever amount of pre-1966 Jaguars expected to start on the grid." Drivers can still apply to enter at the Jaguar Classic Challenge website.
Tags
Read Full Story Click here to comment