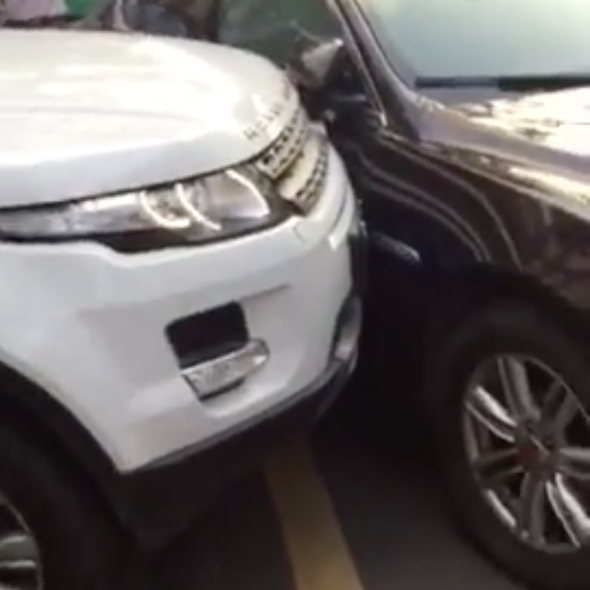 Being blocked in by another car is an annoying, but unfortunately frequent, part of life.

However, this Chinese woman had no patience when her Range Rover Evoque was blocked in by an equally luxurious Jaguar XF.
According to reports in Chinese media, the incident took place on Monday in the city of Xiamen, Fujian Province.

The 26-year-old woman returned to her white SUV to find herself blocked in and so decided to take the law into her own hands and move the culprit.

Onlookers filmed as the angry woman repeatedly shunted the sleek black car with her own, damaging both in the process.

She continued to barge the vehicle until there was room for her to make her escape, to the cheers and claps of the crowd that had gathered.

Reports in Chinese media suggest that the two drivers are known to one another, and involved in a financial dispute.

The woman was later found and detained following the incident.