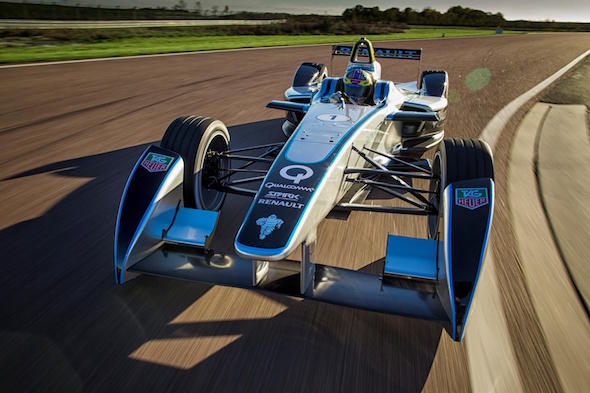 Grand prix racing is to take place around the landmarks of London next year – but it's going to be an environmentally-friendly affair.

According to The Times, a deal was reached last night between Formula E bosses and the new Mayor of London, Sadiq Khan, to hold a Formula E race in the capital.
The electrically-powered cars in Formula E, which was founded by Alejandro Agag, can reach speeds of up to 140mph.

The circuit route has yet to be finalised, but it is understood that it would centre on St James's Park and see the cars head down The Mall, racing past Buckingham Palace then going down Birdcage Walk and left into Horse Guards Parade before zooming along The Mall again.

Formula E races – which are equivalent to Formula 1 – were held last year in Battersea Park in London and will be there again on July 2 and 3. There have already been Formula E races in central Paris and one was held last weekend in Berlin.

Agag, chief executive of Formula 3, told The Times: 'It will be a wonderful move for Formula E from Battersea Park to a track that has some of the most famous sites in London.'

The news means F1 boss Bernie Ecclestone has been pipped to the post in his long-held dream of staging a grand prix in London. Previously, he had said he would be prepared to pay more than £35m to hold an F1 grand prix there.
Tags
Read Full Story