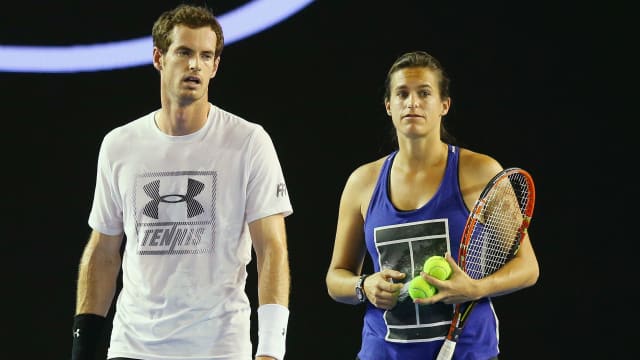 Andy Murray has responded to being described as "complex" by Amelie Mauresmo by hinting that his on-court conduct has improved since splitting with his former coach.

Mauresmo has since told L'Equipe: "Andy is complex. On the court, he can be the opposite of what he is in life. It can be confusing. I was there to help. I had the feeling I could not get things done."

World number two Murray won the Internazionali BNL d'Italia in Rome earlier this month, in his first tournament without Mauresmo in his corner.

And the Brit has defended his on-court antics as he goes in search of a first French Open title.

"I don't think staying completely silent is a good thing for me," Murray told L'Equipe.

"In recent weeks I've done some good work on my attitude. It's true, emotions overtake me sometimes on court. I am emotional, I know that.

"Some people say it's positive when I don't show my emotions, when I control them completely. Others say the opposite. It's very difficult to place where the truth is.

"The thing that is most important, is to know whether the fact of being emotional makes me play the points afterwards badly, if that disrupts me.

"I have in the past played matches where I haven't opened my mouth. Shown nothing. And they were matches that were horrible, lost, flat.

"I have a need to express myself on the court. And that means expressing positive emotions, too."