These beautiful photos prove that animals have emotions 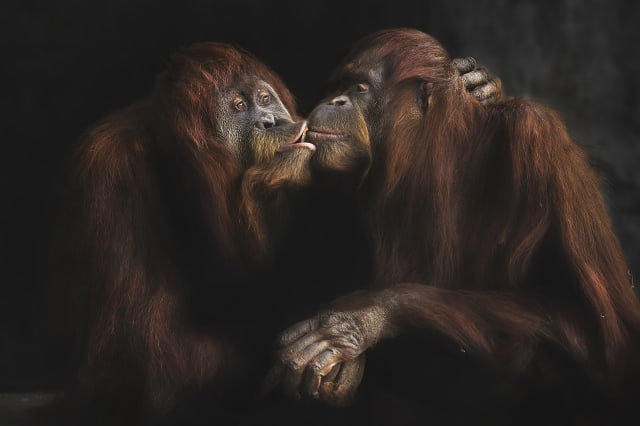 This enchanting photography of zoo animals has captured the emotions and relationships of lions, orangutans and tigers.

Shot over an 18-month period, the series of breathtaking images, taken by Art Xanthopoulos, shows the touching relationships between animals as well as the human-like 'emotions' of some of the most endangered animals in the world.

Art, 44, said: "The images are designed to show the connection and bond between offspring and adults directly and indirectly within their community and across all the species photographed."

Taken at Melbourne Zoo, Australia, the series shows apes cradling their young, orangutans kissing and lions embracing. The project was created by photographer Art to raise awareness of the importance and dangers of the animals becoming endangered. 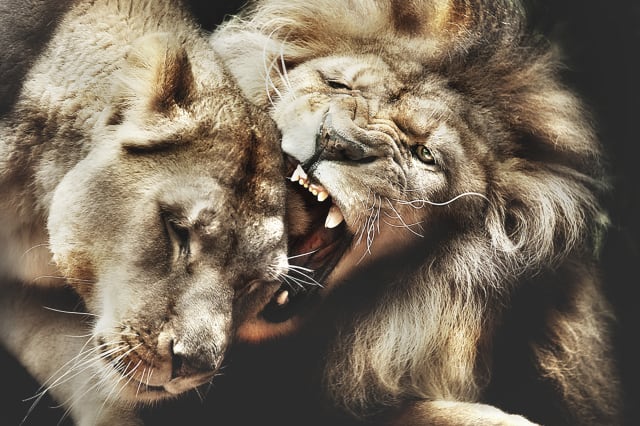 The Melbourne based photographer said: "As with my previous work, the images are also designed to showcase the humanism' of the great apes and in doing so help bring to the fore the plight these animals face in the wild. Some species like the Sumatran orangutan and western lowland gorilla remain on the critically endangered list.

"Melbourne zoo participates in a worldwide captive breeding program designed to curb the threat of extinction for these animals and bring to light the environmental threats." 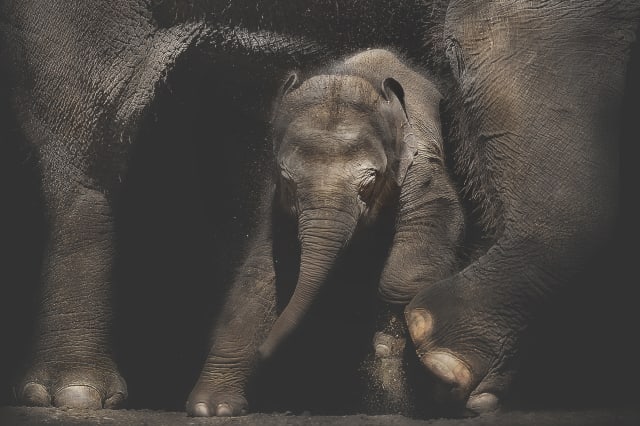 She added: "Another reason I photograph these animals is to help send a message to my audience that we, as consumers, have a direct effect on the habitats of these animals, like the Sumatran orangutan, through our choice of food products with sustainable palm oil as opposed to unsustainable palm oil. Palm oil plantations in Sumatra often result in the destruction of the orangutans and tigers natural habitat with a direct result being these animals becoming endangered."

Art's beautifully detailed photos feature the Sumatran tiger, which is classed as 'critically endangered' by the International Union for Conservation of Nature and Natural Resources, with numbers in the wild falling. 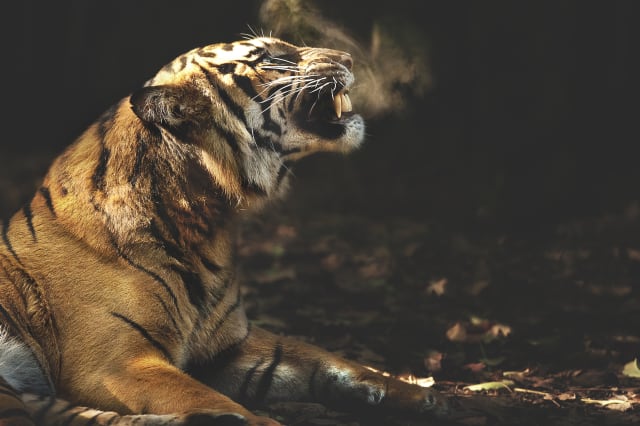 Threats include habitat loss as palm oil plantations are extended through their natural range, hunting for traditional medicine and loss of prey.

Having visited Melbourne Zoo many times over the years, Art decided to photograph them to show viewers that they are more than just zoo animals.

She said: "When people view the images, my hope is that they will see these animals as more than just animals in a zoo and take the time to understand the risks they face due to human encroachment on their habitats.

"In so doing I hope that they will then demand more from food companies and the government towards accurate food labelling. Only then can we, as consumers, understand that our choices impact on the survival of these species."

These beautiful photos prove that animals have emotions

This is a general view of Eid ul Fitr Prayer at Alamgir Mosque in Varanasi, Uttarpradesh, India. Eid prayers, also known as Salat al-Eid and Salat al-Eidain, is the special prayer offered to commemorate two Islamic festivals. This image depicts the Hindu–Muslim brotherhood exploring the dynamics of communal relations in Varanasi-a holy city of the Hindus.

Impala silhouetted as the sun rises in the Masai Mara, Kenya.

In the Gorges du Dades there are some breathtaking bends between walls of rock.

This image is an aerial selfie image. We laid down on the bridge covered with snow and flew the drone above us to take this image.

A polar bear on Wahlenbergfjorden off of Svalbard. I was in a zodiac off shore when he sauntered down to the beach to sniff us out. Soon losing interest, he retreated for a nap and we left him in peace.

Romance is in the air. It was the time of day immediately following sunset. I heard a voice. "Wherever you go, I will follow you" the voice says.

l was invited into the home of my guide and I stayed for lunch. This picture for me captures the comfortable relationship between the husband and wife and a thoughtful moment.

Stunning peaks & thousands of King Penguins on South Georgia in soft early sunrise. The photography challenge was to resist shooting only Penguin close-ups (very tempting for sure) & step back occasionally to be equally amazed by the landscape in which they live. Special Bonus: It was 100 years to the month that Shackelton’s boat (Endurance) finally went under the Antarctic pack ice (Nov 1915), precipitating his epic traverse of South Georgia, before finding help at nearby Stromness (1916).

New York, Rio, Tokyo? We are on a rooftop bar in Ho-Chi-Minh, Vietnam. The day leaves, the night comes. But this coming city never sleeps. 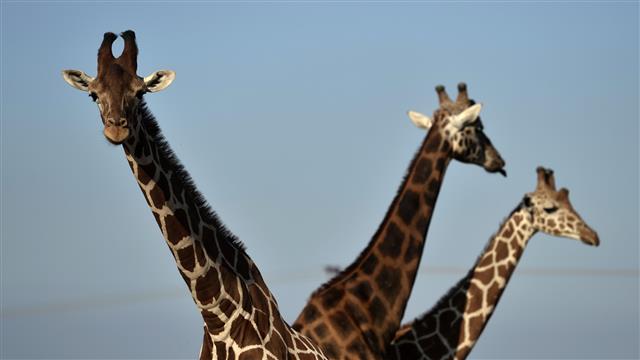