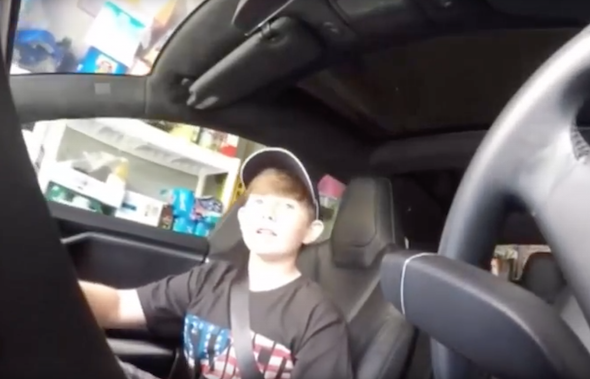 With Tesla's new autopilot function allowing owners to remotely control their vehicles, it was only a matter of time before someone used it for a humourous purpose.

One American boy found himself at the receiving end of an autopilot prank recently, when his father activated the Model S's summon function while he was sat inside.
Pre-occupied with his mobile phone, the youngster was suddenly brought back to reality when the car began to move.

In footage of the joke, filmed on a gopro mounted behind the steering wheel, the boy is seen to get increasingly panicked as he shouts for his father.

As the vehicle comes to a stop, the boy comments: "Dad's gonna kill me," only for his father to open the Tesla's driver door laughing., while a voice in the background yells "gotcha".

When he realises he's been duped, the boy lets out a sigh of relief before commenting "you suck," to his prankster father.