Woman lists her Mini on eBay with unflattering description 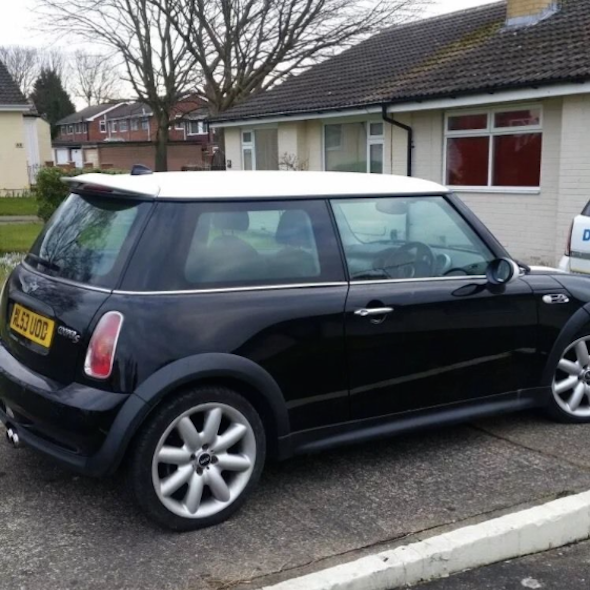 An exasperated motorist listed her 12-year-old Mini Cooper S on eBay with a less than flattering description, only to find it prove a hit online.

Rachel Young, 40, had bought the hatchback on the auction site two months previously when she relisted it last Thursday, May 12 with the title: 'Mini Cooper S 2004 Absolute Piece Of Excrement'.
A number of poorly taken photographs are followed by a crude description explaining exactly why the Darlington, County Durham resident wants the Mini gone. In the rant, she reels off unpleasant situations she would prefer, writing: "I'd rather have a limb off or my mentally unstable ex husband back than drive this a***hole a second longer..."

Reportedly, Young had owned the car less than 12 hours when the head gasket blew as she made her way to work.

After picking the vehicle up following a costly repair at a local garage, the communications worker then made it less than a mile before it broke down again.

With numerous other problems plaguing the car, she put it on eBay with a starting price of just 99p.

Woman lists her Mini on eBay with unflattering description
Up Next


However, since the ad has gained notoriety on social media, 45 bids have sent the price sky rocketing to £6,200, prompting Young to add 'If you are not genuinely not bidding please remove any bids....' to the bottom of the ad.

Speaking about the comic advertisement to the Daily Mail, she commented: "I was angry with myself for buying it as I had thought something wasn't right about it when the man brought it round.

"It felt jumpy when I gave it a test drive. But I had a friend check over it and he said it was fine so I went ahead.

"I have never known so much bad luck with a car. I really loved Minis, which is why I got this one, however I never want to own another Mini again. This one has just put me off. I really hate it."