Woman clings desperately to car as it is towed away 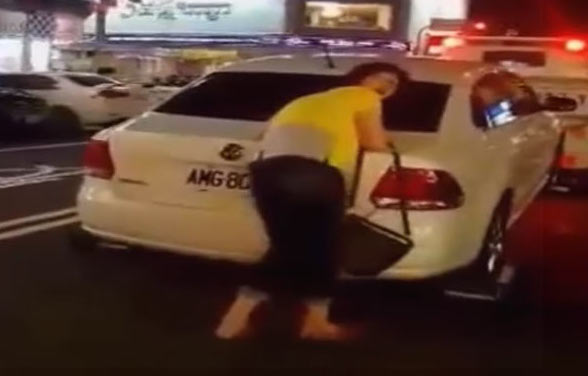 A woman who parked illegally in China desperately clung to the back of her car while it was towed away by a truck.

Despite being dragged along the road, the woman appears to be in control. It's not clear if the driver was aware that the lady was hanging on to the back of the moving truck, but reports say that the person filming the incident was constantly warning the woman of the danger she was in.
Apparently the woman, who seemed in no rush to let go of the car, wanted to follow the tow truck to wherever it was going. She also admitted that she didn't have insurance, however.

The film cuts short before a conclusion can be reached. There are no reports for now as to whether or not the woman managed to stop the tow truck driver, or if she managed to let go safely.