Are supermarket loyalty cards worth the bother? 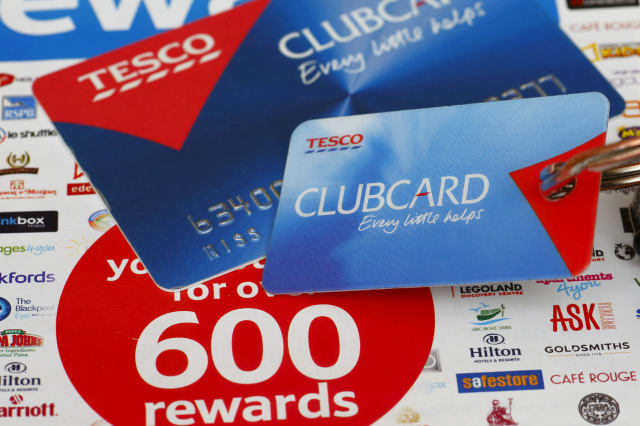 Loyalty cards are on the wane. Tesco has dropped its popular Clubcard Boost promotions; Sainsbury's has halved the number of Nectar points you earn on your grocery shopping; and Morrisons has ditched the 'Match' part of its 'Match and More' card. The experts say that there's every chance that these schemes will be dropped by the supermarkets altogether in future, so should we bother with them at all?

The theory that the days of loyalty cards are numbered are based on the fact that the pressure is on for supermarkets to drop their prices, and as a result they are looking to slash costs wherever possible.

So far, they have made the schemes less generous - so they're cheaper to run - which technically enables them to drop prices. However, if the march of the discounters continues, there could come a time when the traditional supermarkets decide their only option is to ditch the schemes entirely, to help them compete more effectively against the discounters on price.

So are they worth the bother?

Nectar is a prime example of a scheme that has become decidedly less generous recently. You can pick up points from a variety of retailers (including BP, Homebase, Argos and eBay) - which offer varying numbers of points in return for your spending. At Sainsbury's you only get 1 point for every £1 you spend nowadays. Unfortunately a point is only worth 0.5p, so you need to spend £1,000 in order to get £5 off. You can, however, boost this by spending the cash at various partners - where you get more for your points.

Morrison offers the same level of rewards, and since it axed the 'match' aspect of the card (where it matched prices at other supermarkets including Aldi and Lidl and gave you the difference in points) it has been decidedly less enticing.

Tesco recently announced that the latest Clubcard Boost promotion would be its last (where Clubcard points are doubled when you spend them in certain departments during the promotional period). However, it still offers 1 point for every £1 spent, and each point is worth 1p, which makes it more generous than Sainsbury's and Morrisons. Money off vouchers can also be traded for up to 4 times their value with selected partners.

Waitrose, meanwhile, doesn't offer points, Instead you 'pick your own offers', where you select ten items you always get a discount on. You also get free tea and coffee in store, a free newspaper, a free Waitrose magazine, and you qualify for a number of other discounts.

Given that the loyalty schemes are funded by the supermarkets charging marginally higher prices, it means that if you shop at a supermarket with a loyalty card, you are already paying for it. It therefore makes sense to profit from the scheme too.

Editor in Chief, Hannah Maundrell from money.co.uk says: "To get the most out of using loyalty cards, you need to remember to use them every single time you shop and be sure to research your options when it's time to redeem your points. If all you do is use your vouchers as money off your shopping, you could be missing out. Check whether you can up the value of your points by swapping them for tickets or services the supermarket partners with. Some loyalty schemes have apps which allow you to squeeze more rewards from your points so it's worth looking into downloading these too to get the most out of your faithfulness to the store."

There are also more advanced techniques, such as both members of a couple getting a card, and using them in turn. Once you have used the first card exclusively for a few months, the supermarket will see you haven't used the second one for a while - and will send you special offers to tempt you back. You can then switch to the second card to take advantage of the offers, and after a few months you'll start getting offers for the first card instead.

Of course, there's no guarantee that these schemes will endure forever, and there may well come a time when the supermarkets turn their back on loyalty cards. However, that doesn't mean you should be in a hurry to ditch them. While they are still around, it's worth getting as much out of them as you possibly can. 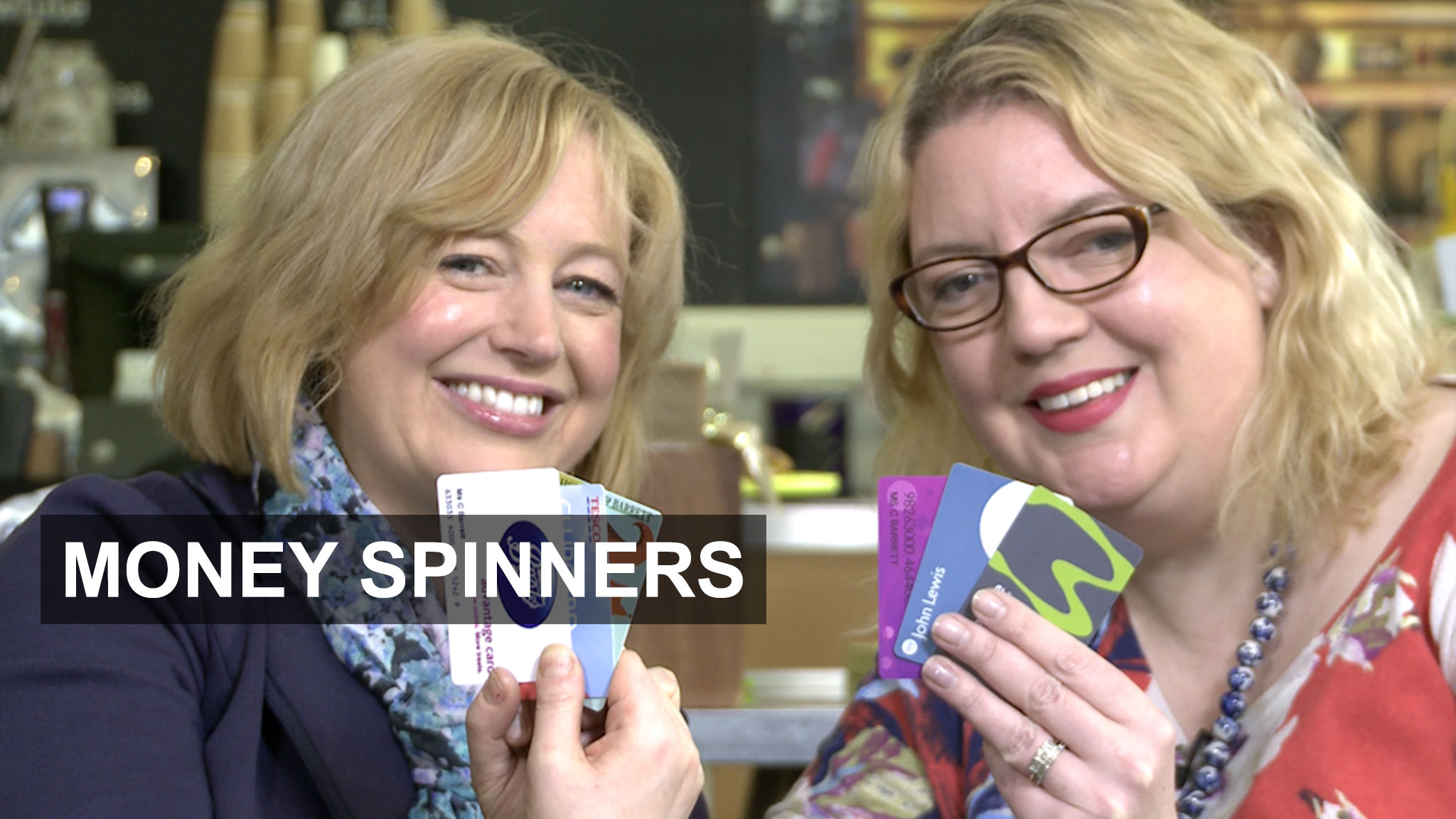 Are supermarket loyalty cards worth the bother?

The supermarkets invest in enormous shopping trolleys, and then put bulky special offers by the door - like packs of beer or enormous cereal boxes.

The idea is to tempt you into taking a big trolley, because tests have shown that it’s likely to make us buy more. Martin Lindstrom, author of Brandwashed, found that by doubling the size of trolleys, customers would buy 19% more.

This is a disaster for a couple of reasons. The first is that you’ll end up buying things you don’t need - because you already have plenty in the fridge or the cupboard. You’d be surprised how many people come home with tomatoes every week, then throw out the ones that have gone rotten in the fridge. They'll do this every single week without ever spotting that they don’t eat as many tomatoes as they think they do.

The other problem is that you’ll end up forgetting things, and have to go back to the store, which will leave you susceptible to the next common mistake.

Apparently we’re giving up the weekly grocery shop in favour of a number of trips to different stores to pick up bargains.

If you do this right, it can be a great way to save. However, if you don’t plan it properly, you’re just giving yourself more opportunities to buy on impulse.

In the book ‘America’s Cheapest Family’ the authors claim that more than 50% of what we buy in store is on impulse. The authors actually only go to the supermarket once a month to cut back on impulse purchases.

If you browse at eye-level using your peripheral vision, that’s where you’ll find the expensive brands.

Look around at the top and bottom of the shelves for the own-brand versions or the cheaper brands - and try out the cheaper versions of your usual shopping.

Aside from Christmas, stores will play quiet and relaxing music, with a slow tempo. This is designed to make you shop more slowly, and take the time to spot the impulse buys.

If you put headphones on and play something with a faster tempo (it doesn't have to be any particular type of music), then you’ll pick up the tempo, and studies have shown you’ll buy around 29% less.

On the one hand, if you do the maths, you might find that buying a larger pack means that each packet of crisps or can of coke costs less. However, Vestcom, a retail services company, has found that when we buy bigger packets, we consume more.

It means that when you’re buying things like toilet rolls and washing powder, straightforward maths will tell you the cheapest size to buy. When it comes to crisps and drinks, consider carefully whether you will just end up eating and drinking more.

Sometimes that big red sticker is a great discount on something you need: usually its not.

Don’t let special offers tempt you into buying things you don’t need, and don't assume that anything with a big red sticker is a bargain. It’s worth taking your receipt from your previous shop with you when you go shopping, so you can easily compare whether the new price is a good discount or not.

The end of the aisle gets more of our attention, because it's where we need to turn the trolley, so we’re going slower.

However, this isn’t always where the stores put the incredible bargains. They often sell these positions to companies trying to promote a particular product. When the company has the budget to spend on this sort of promotion, it means they may not necessarily be the cheapest option.

If your cheese has been grated, your salad washed, or your carrots chopped, then you’ll pay the price for it.

Not only will you pay significantly more for your shopping, but in many cases you'll get an inferior product too. Grated cheese has additives to stop it sticking, for example, while bagged salad will go brown significantly faster than a head of lettuce.

Frozen food is often far cheaper, so people assume it’s likely to be inferior. However, the fresh fish at the counter has often been frozen, so you’re gaining nothing for paying more here - in fact you're losing out because you have to use it up more quickly.

The other things that are well worth considering are frozen vegetables. These are much cheaper than fresh vegetables, and are often frozen at the peak of their freshness, so are better for you too.