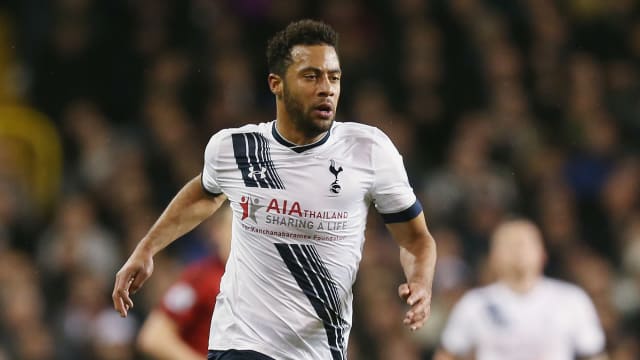 Tottenham still believe they can pip Leicester City to the Premier League title this season despite trailing the leaders by seven points with three games to go, according to Mousa Dembele.

With Tottenham not playing Chelsea until Monday, victory for the Foxes over Manchester United on Sunday would see them crowned champions for the first time.

However, Dembele has not given up hope of a late stumble by Claudio Ranieri's side, and Spurs will be ready to take advantage.

"We have to believe in it still," Demebele told Sky Sports. "It's not going to be easy and we're in a different scenario now than we were [before Monday] to be honest.

"Last week was very disappointing and in the end we need to win the three games we have left. We don't have it in our own hands so it's a bit different.

"We just need to win these three games, it's not going to be easy. They're good teams who are going to play well.

"Chelsea away is difficult but we're positive, we're playing well and I think we can win this game."

Even if the title were to slip away from Dembele and his team-mates, the Belgium international is confident they can challenge again next season after making huge strides under Mauricio Pochettino.

He added: "Everybody can feel like we're making this step [forward]. We're playing well as a team and we can only do better next year.