The classic games in your attic worth thousands 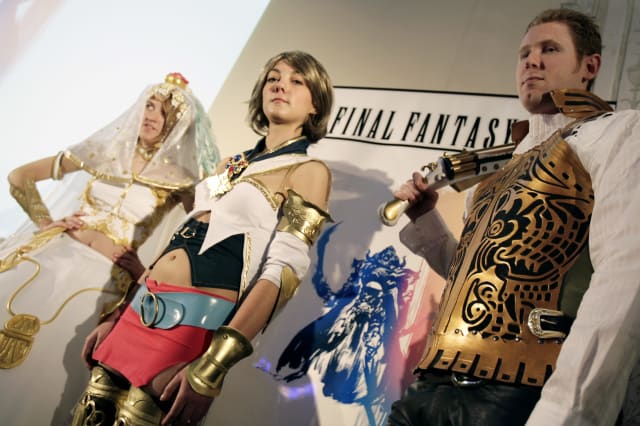 It's hard for gamers to prove that their hobby is rewarding and worthwhile, but a new study has revealed that anyone who started early, and still has some of their classic computer games from the 1980s and 1990s in the attic, could be sitting on a goldmine.

Mr Gamez has produced a top five of the priciest games sold recently.

5. Resident Evil
It sold in enormous numbers (5.5 million copies) in 1996, but is such a favourite, that it still commands a decent resale price. A factory-sealed version recently sold for £575.10, while one in its original box sold for £35.50.

4. Crash Bandicoot
The original Crash Bandicoot on the PlayStation 1 sold 8.6 million copies. However, over time they have become increasingly rare, so that a factory-sealed one recently sold for £763. An opened one - with its box - has fetched £51.83

3. Castlevania
This is less well-known than some of the others, but more highly prized. It was released in 1987 for the NES, and a copy sealed in its box recently sold for £780.29. Meanwhile, an opened one (with its box) fetched £104.72.

2. Final Fantasy VII
The Final Fantasy games have always had a huge following. A factory-sealed Final Fantasy VII from 1997 (the second best selling game ever for the PlayStation) has just sold for £878.27. Even one that has been opened and played will fetch £53.24.

1. Ice Climber
It was first sold in 1985 for the original NES. There were 1.5 million copes sold, but so many of them have now been played or thrown away that the price for this collectible game has shot up. One recently sold for £1,818.

However, it's worth being aware that these prices depend on the games still being sealed in their original boxes. If you've opened it and played it, the price for Ice Climber, for example, falls from £1818.31 to £84.49. And if you have lost the original box it falls to £13.48.

Even so, if you have a handful of these games in the original boxes, you could be sitting on a few hundred pounds worth of collectibles - which could finance the purchase of your next games console.

It's almost enough to make it worth getting up from in front of the gaming machine and tackling the attic.

The classic games in your attic worth thousands

Fine wine is one of the best-performing asset classes of the last 20 years, and prices are still going up as demand from China hits new highs - particularly at the top end of the red wine market.

However, there are no guarantees that this trend will continue, and the experts recommend that nobody goes anywhere near wine as an investment unless they can afford to lose a substantial proportion of their money - or if they would be happy drinking their losses.

We’re used to the idea of the value of cars falling over time, but desirable classic cars can actually gain in value. The most desirable handful of cars have seen their value double in the past four years, while even the kinds of classics that most people can afford are increasing in value by anything up to 20% a year.

However, as with all of these alternative investments, this isn’t guaranteed to continue in the future, so you should never invest what you cannot afford to lose.

Buyers also need to bear in mind that unless they are keeping the car in mint condition in a garage, they need to pay to keep it on the road - which can easily cost £1,000 a year - more if something big goes wrong.

Some owners think of this as the price they pay for the hobby of owning the car - quite aside from the investment - but if you consider the two together, it’s easy to see how even if the car itself increases in value, you’ll end up paying out more than you gain.

According to Knight Frank, antique furniture has had the worst run of all of the luxury investments. Prices fell 8% last year, and are down 22% in five years and 24% in ten.

This is partly because older antique furniture is falling out of fashion. As a result, more fashionable early and mid 20th century pieces have done better, and are up 29% in ten years.

Passing fashions make this a particularly volatile investment, so in this case more than any other, investors should buy things because they want to see them in their home - with the handy side-effect of a potential increase in value if they buy something iconic and unusual.

And while they should buy the best they can afford, they need to ensure they do not spend more than they can lose - or choose to keep in the lounge if the bottom falls out of the market.

Investing in rare coins is one of the most buoyant parts of the alternative market at the moment - with values up 10% in a year, 90% over five years, and 221% over ten years. However, this is definitely an area for experts, because unless you know what you are doing it’s easy to be taken in by counterfeits, doctored coins, and dealers who encourage you to spend more than the coin is worth.

Most people tend to start collecting coins as a hobby, investing to own something they love, hoping they will see some gains, but willing to take a loss on their collection if they ever had to sell. With this sort of approach, the big gains are likely to be well beyond your reach, as they are focused on the top end of the market. However, it should protect you from unaffordable losses if the value of your collection drops.