Ford receives 7,000 orders for its new GT in just a week 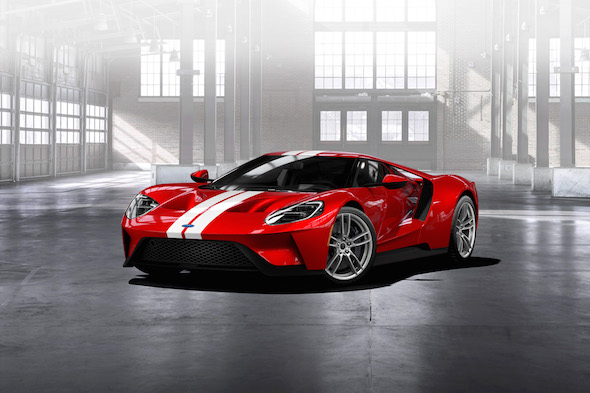 Ford's all-new GT has seen a massive wave of demand; with over 7,000 applications having been submitted since the 600hp supercar's configurator was launched just a week ago.

However, only 500 of the mid-engined, twin-turbo models are set to be built over a tho-year run, and when the first round of GT applications closes on May 12, the company will review them and decide which one of the applicants is to get a new GT.
The online ordering system was designed to distinguish the true GT fans – those who are going to drive and keep the car rather than just sell it on for profit – and asks a number of detailed questions of the prospective buyers. These questions cover everything from their historical relationship with the blue oval to their interest in motor racing.

Ford receives 7,000 orders for its new GT in just a week
Up Next


Speaking to Car Throttle earlier this month, director of Ford Performance, Dave Pericak, revealed that there were no plans to increase the model production numbers.

"It's important for the brand and the collectors investing in the cars that we stick to those numbers," he commented.

"I mean, we're not going to get rich off this, but the car is going to help us build an awareness and an acknowledgement of our capabilities."

For more information on the model, which is rumoured to cost more than £300,000 or to submit your application, visit FordGT.com.
Tags
Read Full Story