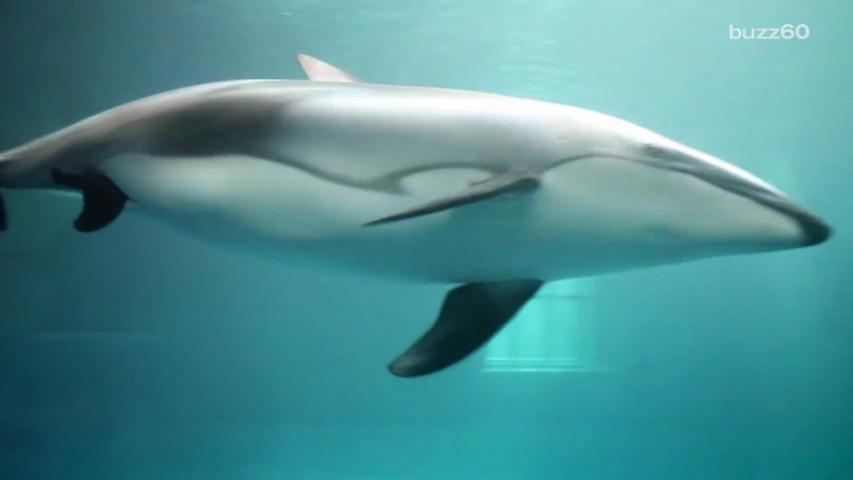 This incredible footage shows Katryl the dolphin giving birth to her first baby at Shedd Aquarium in Chicago, USA.

See also: Dolphins could be key for communicating with aliens

The film shows the mother swimming around her enclosure - but if you look a little closer you can spot her baby's tail flukes already making their way out into the world.

The baby can be seen working its way out into the waters and all of a sudden it pops out.

It's thought that the labour lasted around three hours and incredibly, the calf started swimming straight away.

The baby weighs about 25 pounds and is approximately three feet long and there were more than 40 animals experts on hand to help had anything gone wrong.

The calf's gender is currently unknown but both the mother and baby have been confirmed as healthy.

It's clear to see the little dolphin is happy as it ducks and dives through the water with its mother by its side carefully watching over the young calf.

According to Defenders, dolphins usually spend between 9 and 17 months pregnant with their offspring and they usually give birth to one calf at a time.

One of the most important parts of the birthing process for dolphins is straight after the calf is born. The baby must be taken to the surface straight away so they can take their first breath.

Watch a dolphin giving birth: Incredible footage
Up Next