Bizarre property is just 55 inches wide and up for sale 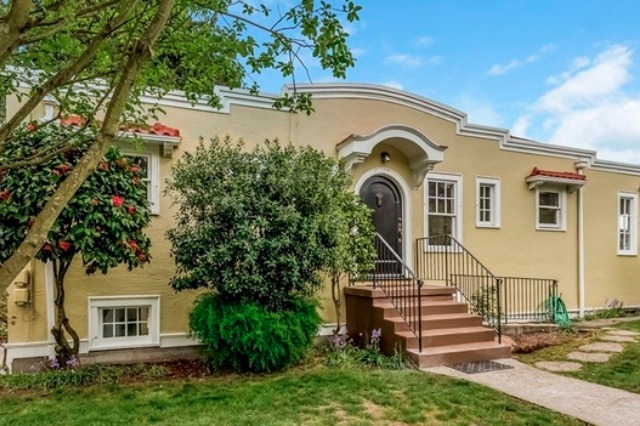 A very unusual property has hit the market. From the front it looks like a perfectly normal Spanish revival home, on a quiet street in Seattle. However, step inside and you'll discover its bizarre secret - it's a tiny triangular building, and at its narrowest point, it's only 55 inches wide. 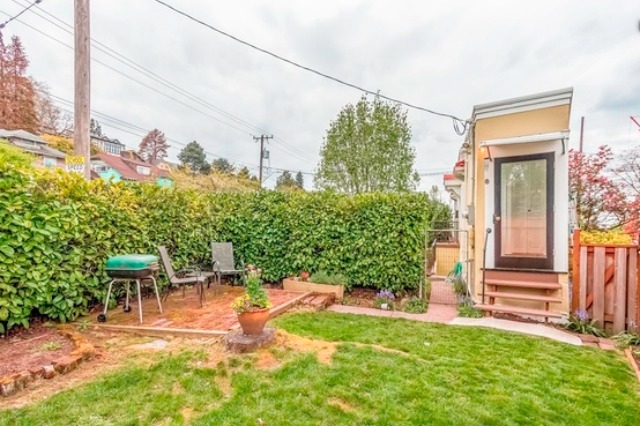 The property boasts a living room, bedroom, bathroom and kitchen - spread across the plot to make it look like a normal house from the front. 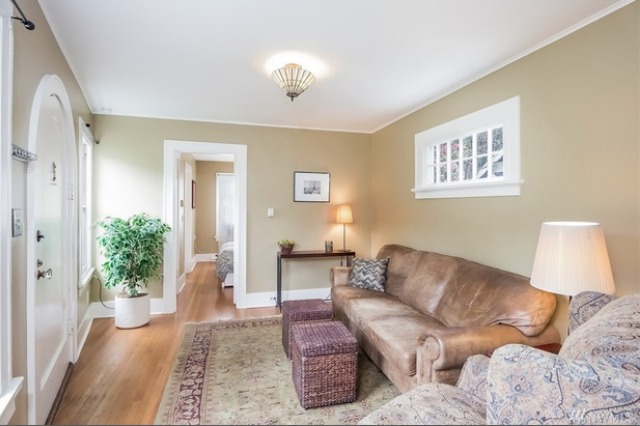 Behind the frontage, the triangle widens to 15 feet wide at one end, and narrows to a tiny point at the other. 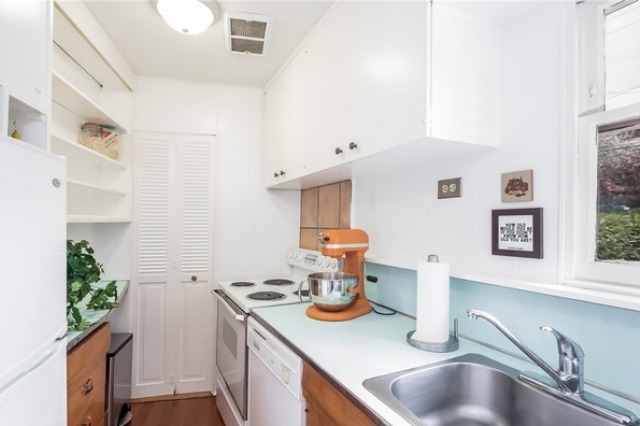 It's in a desirable neighbourhood, and is in high demand, which means it's on the market for $519,900. The online estate agent, Redfin, says it's likely to sell in the next four days.

It's not certain exactly why the house such a bizarre shape. The listing calls it a 'piece of Seattle history' in reference to the fact it is known as the Montlake Spite House. Spite houses are built - as the name suggests - out of spite.

They tend to occur when someone only owns a small piece of land, but wants to use it to prove a point or get their own back on someone.

One of the most famous examples is Hollensbury Spite House in Alexandra, Virginia. It's 7 feet wide and 25 feet long and was built in 1830 by the owner of one of the neighbouring houses. He didn't need the extra room. The only reason he decided to built it was to stop wagons going down the alley.

There's also a tiny house in Boston - which is just 10 and a half feet wide. It was built just after the Civil War, and locals claim it was built by a soldier returning from the war. He owned the land with his brother, and while he was away fighting, his brother built a large home on the rest of the land. The second brother came home and built a mini house on the rest of it, to make a point.

This particular Spite House was built in 1925, and theories abound as to why. There's the possibility that neighbours fell out, and one of them built on the parcel of land to show his neighbour it was worth more than he thought.

There's also a theory that a couple divorced, and the land was split, giving the wife the front yard. She then decided to build in it and block the view from her ex-husband's house.

And there's a local story that the landowner gave permission for someone to build on the plot, provided they left room for a second property to be built. They then went travelling, and returned to find only a sliver of land had been left for the second property - so they built on that.

Bizarre property is just 55 inches wide and up for sale

The tenth most viewed property of the year on Zoopla, was this beauty in Penrith.

It went on the market in August for just £100,000, and the low price and the opportunity for transformation drew in thousands of people looking for a potential project.

This lovely home was the ninth most popular property of the view. Potential viewers were drawn by the opportunity to buy a five-bedroom detached property, complete with a garage and a drive, for just £187,950.

The eighth most viewed property was another relatively new, detached property, with a garage.

Seventh place is impressive for a property that only hit the market in November.

It's another relatively new detached property with a garage, at the rock-bottom price - of £180,000

The cheapest home in the top ten comes in at number 6. For just £40,000 you get three bedrooms and a garage in Liverpool.

It's no wonder that so many people, who have been squeezed by soaring property prices, are keen to view a property that offers a glimpse of hope.

In fifth place is the first of two mega-expensive homes on the list - and by far the most unusual. This one, in Newport, south Wales, hit the market in February for £1,899 950.

The 1720s hunting lodge and tower had been transformed during an episode of Grand Designs in 2009 - by a couple who added a dramatic glass extension. Thousands of us couldn't resist having a look around.

This swanky new-ish property in Gerrards Cross, Buckinghamshire, made number four, despite only going on the market in October.

It ticks all the boxes that have put so many of these properties on the list - being detached, and offering five bedrooms plus a garage.

The price reflects the fact it offers all that - in one of the priciest parts of the country. It makes it the most expensive property in the top ten.

A detached property in Bradford, offering three bedrooms for just £149,950 made it to number three.

It's perhaps unsurprising that it attracted so much interest, because it's one of the cheapest properties in the top ten, and the many thousands of viewers must have been astonished they could get so much family home for their money.

The joint-second cheapest property on the list is the second most viewed property in the country.

It benefited from the fact that it went on the market at the end of 2014, so had plenty of time to attract viewers. However, the appeal of a detached, 3-bedroom house for just £100,000 drew viewers in their thousands.

The number one most viewed property in 2015 was this 6-bedroom farmhouse in County Durham.

It demonstrates that we're a nation of dreamers, drawn by the affordable £175,000 price tag - as well as the huge potential of a six-bedroom farmhouse, outbuildings, almost eight acres of land and planning permission for a wind turbine.

It's no wonder s many thousands of us popped online to dream of a cheaper and simpler life in the country.