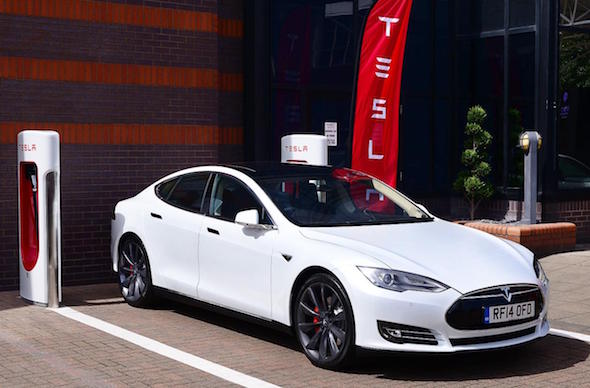 A survey has found that the Tesla Model S is the UK's most satisfying car to own.

More than 50,000 people responded to the questionnaire, taking into account 32 makes and 150 models. Conducted by Auto Express, the survey was heavily dominated by electric cars, with four petrol-electric cars in the top 10 alone.
Drivers were asked to review their vehicles in a number of categories including reliability and practicality.

It is in these categories that the Tesla did well, achieving a satisfaction rating of 97.46 per cent – a 'highest-ever' rating. It was also the first time that a car had received 100 per cent for 'ease of driving', the only time that this score has been achieved during the life of the survey.

The Tesla came out on top in seven of the 10 categories, falling behind only on build quality.

The report said: "Owners just can't get enough of their cars.

"They tell us the huge tablet-sized touchscreen and autonomous driving modes set the tech benchmark, and that performance also leads the way with the instant battery-powered acceleration.

"Unsurprisingly, the car is ranked at number one for running costs as drivers don't have to fill up at fuel stations and can instead access Tesla's growing network of rapid-charging points for free.

"British car owners who've taken the plunge and bought electric cars are raving about them."