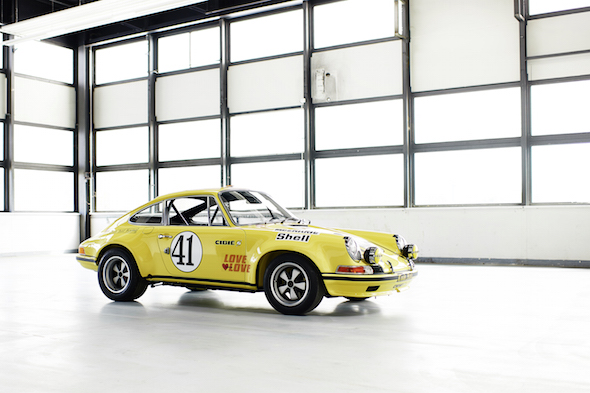 A dilapidated Porsche 911 2.5 S/T has been returned to its former glory by the German carmaker's classic division in a lengthy two-year restoration.

The 911, which is now unrecognisable from the rusted and broken car that was discovered by an American collector a few years ago, is set to be displayed by Porsche at the upcoming Techno Classica show in Essen, Germany.
Not only is the 911 S/T a rare and sought-after model, having been developed in limited numbers for customer sporting use in group 3 and group 4 of the World Sportscar Championship, but this model in particular was a class winner at Le Mans in 1972.

Originally ordered by U.S. racing driver Michael "Mike" Keyser in November 1971, the car competed in multiple events, after which it was both modified and damaged in an accident. This meant that it posed a considerable challenge to Porsche's talented experts.


Head of Porsche Classic at Porsche AG, Alexander Fabig, expressed his excitement at the completion of the project: "The 911 2.5 S/T was rediscovered a few years ago by a collector in the USA – and it was in a rally dilapidated condition. Our experts have done an excellent job at restoring the sports car to the highest standards.

"We are thrilled about the confidence this customer placed in us with this restoration job. This project is unparalleled and of great historical significance."
Tags
Read Full Story

Lizzo surprises hospitals across the country with free lunch