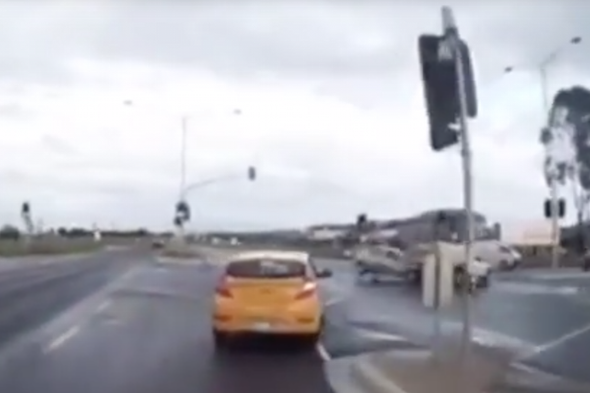 Internet users around the world have been left bewildered after dash cam footage emerged of a crash caused by a car that appears out of nowhere.

The incident took place recently at a busy intersection in Cranbourne, a suburb of Melbourne, Australia.
As the filming vehicle, and the two preceding cars move forward to turn right at the traffic lights, a silver Holden Astra careers into the side of the first vehicle, forcing the following cars to slam on their brakes.

Since it was uploaded to the Dash Cam Owners Australia Facebook page yesterday morning, the video has been viewed 134,000 times, receiving over 300 shares.

More than 700 comments have been left by confused Facebook users, with some dubbing it a 'ghost car', while others attempt to explain where the car came from.

Many users also suggested that drivers of similarly coloured cars should drive with their lights on during overcast days, to ensure that they can be seen.