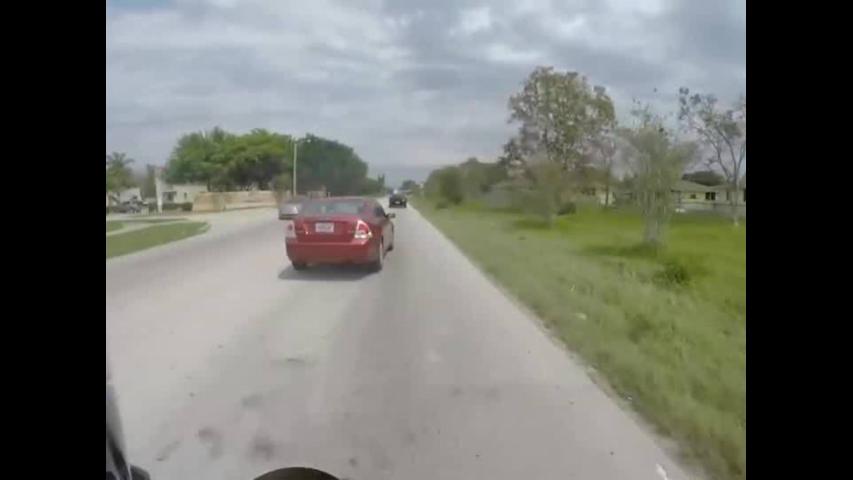 An American biker found himself at the receiving end of another motorist's road rage recently, which escalated into a dangerous game of cat and mouse that reached speeds of up to 90mph.

As he made his way to work on Monday morning with his helmet cam recording, Ron Gonzales filtered through stationary traffic in Homestead, Florida – a manoeuvre that is illegal in the state.
The driver of a red Ford sat at traffic lights took offence to his brazen attempt to get ahead of the other vehicles and gave chase, violently swerving in an attempt to knock Gonzales from his motorcycle, and forcing him onto the other side of the carriageway and into oncoming traffic.

Despite his efforts, the biker is unable to escape the irate driver, and at one point they get close enough to shout at one another, after which the driver spits and strikes out at Gonzales.

Losing patience, Gonzales is also seen in the video making crude gestures at the driver, and at one point hitting his wing mirror.

Both men are reported to have contacted police following the incident, and an investigation is currently underway.
Tags
Read Full Story Click here to comment