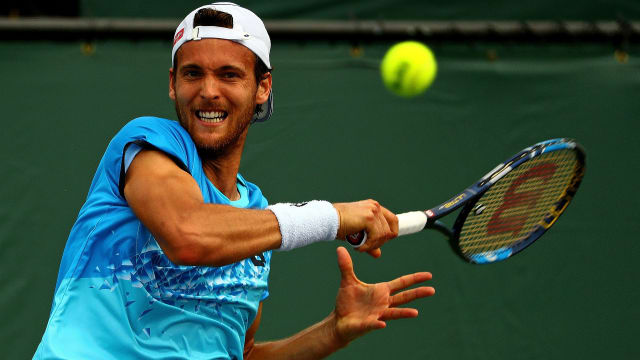 Second seed Joao Sousa tumbled out of the Grand Prix Hassan II on Wednesday courtesy of a straight-sets defeat to Facundo Bagnis.

Sousa has struggled for form in recent weeks, losing his opening match at five successive ATP World Tour events prior to reaching the second round of the Miami Open a fortnight ago.

Having received a bye through to round two in Marrakech, Sousa was beaten again as Bagnis operated strongly behind his first serve in a 6-2 6-4 victory.

A knee injury forced Simone Bolelli to withdraw from his match with third seed Borna Coric, putting the Croatian teenager through to a third-round tie against Paul-Henri Mathieu, the 2007 champion.

France's Mathieu prevailed in two contrasting sets against Maximo Gonzalez, taking the opener on a tie-break after spurning a host of set points and then reeling off six successive games to triumph 7-6 (7-4) 6-0.