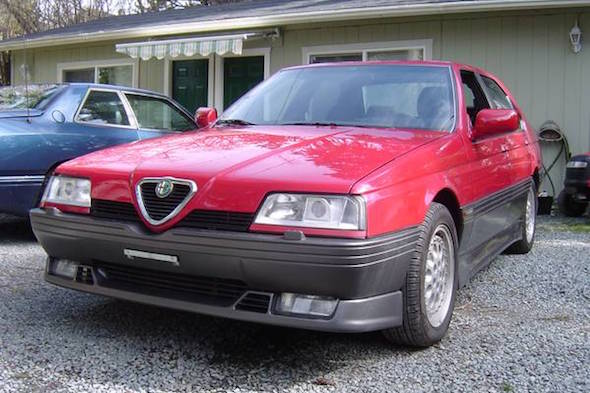 A rare and incredibly well kept Alfa Romeo has gone up for sale on the Canadian craigslist website.

The 164 Q4 was a flagship model for the Italian brand when it was first released back in 1993, boasting a Busso V6 engine, four-wheel-drive, a six speed manual gearbox and capable of reaching a top speed of 150mph.
With only 1300 ever built, getting your hands on a good condition variant of the model was difficult back in the 90s, and so this low mileage example is a great find. Even in Europe, the home of Alfa, these models are extremely hard to source nowadays.

Hailing from 1995, this Alfa 164 Q4 is listed as being in its original condition, featuring a new muffler, timing belt, brakes and tyres.

The seller, located in Victoria, in the south west of the country, notes that the paint is fading, although judging by the pictures, this isn't a major problem.


The interior of the Alfa matches its exterior with a noticeable lack of wear and tear of the dark leather seats, and the button-boasting dash free of greasy fingerprints.

The advert was posted earlier this month, and judging by the low price asked by the seller – CA $24,000 (which equates to around £13,000) – we expect it to be long gone, hopefully to someone who appreciates just what a classic they have on their hands.
Tags
Read Full Story Click here to comment