Greener car drivers set to be penalised after tax shakeup 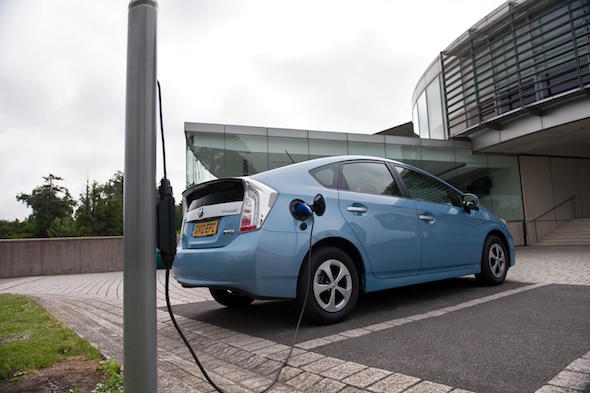 Changes to road tax brought in from April next year could see drivers of greener cars penalised, while those behind the wheel of larger and less efficient vehicles will benefit from savings.

The changes are being issued to take advantage of the surge in popularity of electric and hybrid cars, which have up until now benefitted from certain tax breaks.
However, the new rules would see an additional tax added to cars emitting between 1g/km and 130g/km, targeting some of the cleanest cars on our roads.

Affecting new cars, the tax will see a flat rate of tax applied to a car after its first year. Car buyers will see a rate of between zero and £2,000 applied during the first year of driving, depending on how green the vehicle is. Electric and ultra-efficient cars that are currently exempt from road tax will see a £10 charge for their first years' motoring.

During the complete re-shaping of the road tax system, the 13 bands will be replaced with just three – zero emission, standard and premium. Only electric cars will benefit from zero road tax. All other cars will pay £140, apart from those costing more than £40,000, which will come with an extra £310 charge.

Parkers, who studied the planned changes to road tax, said in a report: "Government policy will hit the very owners who are lapping up cleaner cars, while some buyers of higher-polluting vehicles will see their road tax drop."
Tags
Read Full Story Click here to comment