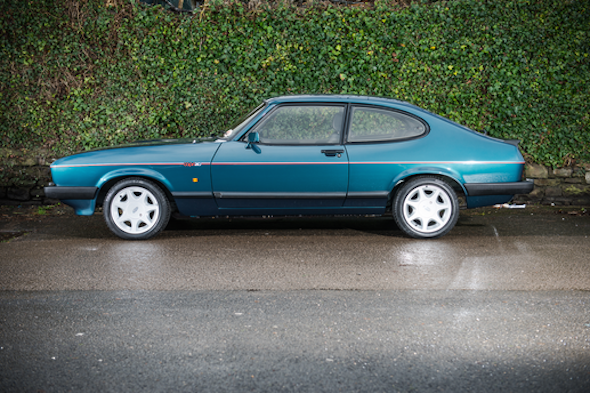 A near-brand new special edition Ford Capri sold at auction last month for a world record £54,000, with less than 1,000 miles on the clock.

The Capri 280 'Brooklands' was one of only 1,038 models made in this line, with a number of special features making it a rare model and was the last version of the Capri to be manufactured.
This specific model sold had only been driven 936 miles, almost unheard of in a car nearly 30 years old.

The 'Brooklands' shattered its estimate by £16,000, with this model following the trend of hot Fords being sold above estimate at auctions in recent times.


After being preserved by its first owner, the 280 was sold to a private buyer in 2011 who kept it in a similar condition, before the car was sold at the Silverstone Race Retro Classic Car Sale last month.

The condition of the car is superb, with next to no damage to the interior or exterior.